TRACY LAWRENCE TAKES TO THE INTERNET TO PROMOTE CD RELEASE 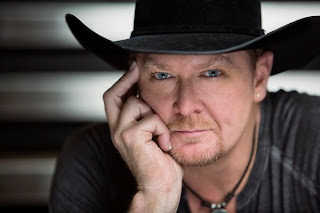 NASHVILLE, TN - August 19, 2013 - Country music sites The Boot (theboot.com) and Taste of Country (tasteofcountry.com) have joined together to present an exclusive Tracy Lawrence Headlights Taillights and Radios Online Music Premiere starting August 19. The online music premiere will give fans a sneak peak starting on the eve of the highly anticipated album releasing on Tuesday, August 20 and run through the week.

Lawrence kicks off online appearances Monday, August 19 at 8:00pm CT when he will join Country Music Chat - #CMchat LIVE with Jessica Northey to allow fans the opportunity to ask questions via a special Twitterview.  Fans can go to http://www.cmchatlive.com/chat/ or by #CMchat [hashtag] using twitter join in.

In addition to the online exclusive music premiere with The Boot and Taste of Country, Lawrence will appear in a special Twitterview event on The Boot Wednesday, August 21 at 8:00pm CT. Fans can visit the www.theboot.com for the event or use #tracyontheboot [hashtag] via twitter to participate in the event.

Headlights, Taillights and Radios set to release on August 20th has already gained great reviews from critics like music journalist Chuck Dauphin of Billboard saying that this is the “the album of his career” and that Lawrence’s current single “Footprints On The Moon” is “definitely a winner.”
Posted by LovinLyrics at 2:44 PM