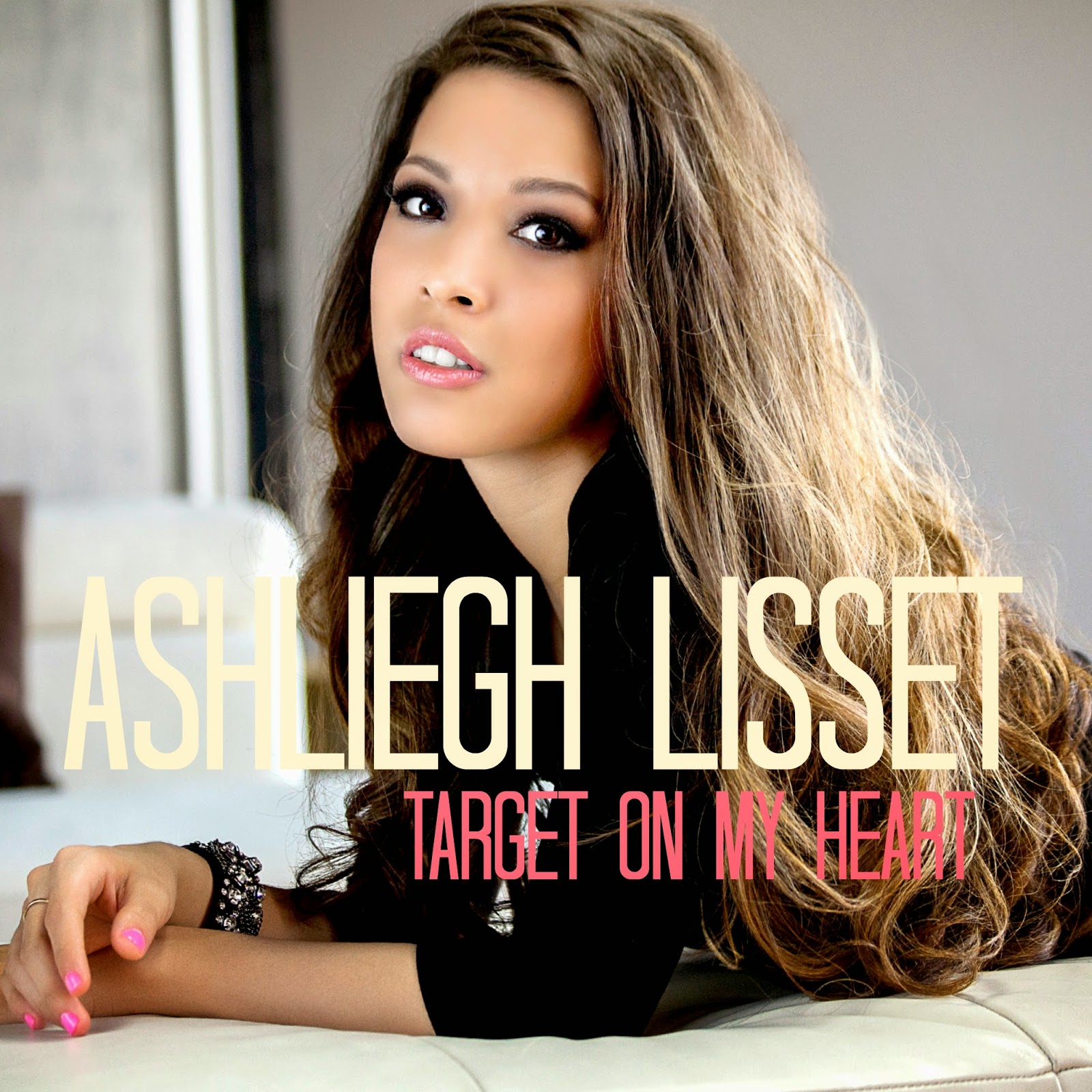 Nashville, TN...(August 21, 2014)...Independent artist and Texas native, Ashliegh Lisset releases her sophomore single, “Target On My Heart,” to country radio this week via CDX. The catchy, fiery, and soulful song is available on iTunes now, and already gaining attention from some industry tastemakers. #CMChat describes the fast paced tune as “jam packed with attitude, letting listeners know that the next three minutes twenty seconds are well worth their while.” Download the new single HERE.

The upbeat track, penned by Nashville hit makers Phil Barton, Justin Weaver, and Kelly Archer, and produced by Eric Legg and Biff Watson, captures the angst of a taboo flirtation that is likely to end in heartbreak. Ashliegh is no stranger to working with some of Music City’s top talents. Her last single “Kill The Headlights” was written by Carrie Underwood, Luke Laird, and Hillary Lindsey, and spent 8 weeks in Sirius XM’s Top 30 Hot New Country.

“Being able to release my music to Country Radio is a dream come true,” Ashliegh says of her new single.  “I have been so blessed to experience some of the things that I have, and I can’t wait to continue living my dream by sharing my new music with country fans!” Though many of her dreams have definitely come true, like opening for Jerrod Niemann on tour, Ashliegh’s ultimate dream would be to work with one of her biggest influences: Carrie Underwood.

A nineteen year old country artist from the great state of Texas, Ashliegh Lisset is kind-hearted, down-to-earth, and cognizant of the impact music has on its listeners. While this talented, young vocalist has always had a love and appreciation for music, she discovered it was her true passion at the time her world unexpectedly shattered around her. Her father’s untimely death in the line of duty serving in Iraq set a fire under Ashliegh to follow her passion for music. She continues this passion for music, military, and giving back as an ambassador for Folds of Honor. Ashliegh is looking forward to the next chapter of her career with an EP in the works, and more tour dates to come from the recent partnering with one of Nashville’s premiere booking agencies, William Morris Agency.