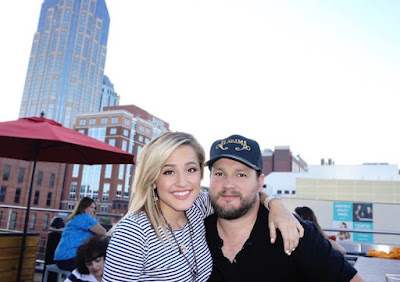 Country artist Mary Sarah, who has continued wowing audiences since her 2016 appearance on NBC's popular The Voice — where she earned a 4-chair turn on her blind audition before going on to become a semi-finalist as part of Team Blake — will perform Saturday, Sept. 17 on The Grand Ole Opry. This will mark the fourth time this year she has been part of  "the show that made country music famous."

The performance caps an already busy week for Mary Sarah, who played last Saturday in Franklin, Tennessee at The Little Brick Theater, where she appeared with Rodeo & Juliet, Jeff Taylor (The Timejumpers) and Ron Block (Alison Krauss &  Union Station), followed by a performance Monday with fellow Voice alumni Adam Wakefield for the Louisiana Strong, Nashville Gives Back benefit at Rock Bottom Brewery in Nashville. She even managed to perform a private industry showcase on Wednesday.

Meanwhile, she made stops at WSM's Coffee, Country & Cody with Bill Cody and Channel 4s new Today in Nashville (Today at 11 a.m on WSMV Channel 4).
Posted by LovinLyrics at 3:23 PM