TRYING TO GET YOUR FAVORITE SONG ADDED TO A RADIO STATION? HERE ARE A FEW HELPFUL HINTS 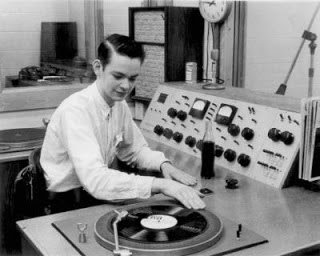 If you're trying to get your favorite artists or songs heard on the radio, here are a few helpful tips. We interact with many radio stations and hear a lot of helpful feedback on just what is involved in getting a song played. We also hear the down side of taking requests. I thought I'd share with you what we've heard around the industry from radio personnel. Just things to be mindful of and a way to do it the right way and help your favorite artist and their fans maintain a positive relationship and image with radio. One person doing things the wrong way or being overzealous can and does reflect badly on the entire fan base unfortunately and also on the artist. You don't want to associate terms like "rude", "pushy" or "demanding" with your artist or their fans and trust me, it does get associated if one or two fans are rude or "overly helpful" (and I use that term lightly). It's great that you want to help and that you believe in these artists and their music but it's important to know what the line is and how not to cross it in your efforts. In reality, one overzealous fan with the best intentions can hurt the effort more than help.

1.) BE PATIENT - Not all stations have the same music at the same time and not all will necessarily have it at all. They also may have it but haven't added it to the library yet. Most stations are corporate owned and are told who and what they can play and how often and when to play a song. Most can't play an artist unless they are signed to a major label and have a current single out to radio. Sad song but true story. I know, it's a frustrating, often maddening thing, but as for now, it's what it is and as much as listeners and actual radio employees hate the policies, it seems to be the obstacle for awhile. Stations also do what's called a "test market". They have surveys and target specific local areas and groups to listen to the new music they receive. If a song doesn't do well in a test market, it may unfortunately never even be played. Just be patient and keep checking periodically but know when to move on. Even getting your song heard by the right people at radio is incredibly competitive and difficult and when it comes to large market commercially owned stations, being added to rotation is damn near impossible for artists who are not signed to a major label. The best way to approach radio is to start with stations who are appropriate for your career level - college stations, locally owned small market stations, internet stations, etc. The big stations will come if you create a smaller buzz first.

2.) BE KIND - When requesting, if you're told no or "we don't have it", please don't take out frustrations on the DJ. They are told what they can and can't play and if a new song is being requested, they haven't been given the thumbs up yet from management or they don't have the song yet. Thank them and move on. The years of local dj's playing whatever they want to play is pretty much over with the takeover of corporation radio. If you live in an area where your station is locally owned or independent, you are lucky!

3.) Please DO NOT contact program directors unless you know them personally or have been given permission from the artist or their management. Program directors and general managers should ONLY be contacted by the artist or an official representative of that artist. They only set aside a few hours a day to discuss new music with official representatives (A&R people, promotions, management, etc). If they are on the phone with a fan, this ties up their time that they could be using to speak with the people they should be talking to. Once you get on a PD or GM's bad side, that can definitely affect the outcome of what you are trying to do.

4.) Only use designated listener and request avenues such as posted request phone lines, email addresses, Twitter or Facebook pages, etc. These are there for YOU, the listener, to make your voice heard. Use them, but don't OVERUSE them or OVERSATURATE the station with requests for the same song/artist all day long. You don't want to make the station tired of the song before they even get it. Request the song regularly, but don't over saturate the station with requests, especially by the same people over and over. They do catch on and trust me, they will let you know if you're overdoing it. That has the opposite effect of what you are trying to achieve. (Hint, they also have technology to see how many times a day the same phone number calls, how many emails come from the same IP address, etc. It doesn't matter if you have 40 email accounts and use them all to request, if they're tied to the same IP address, they can tell it's you. - just something to be wary of.) One more thing, put your focus into your particular area and local stations. Most stations are only interested in their local listening base, not those listening online or those that used to be listeners who no longer actually listen to their station but still request airplay just to help their artist. Most of the time, those requests are gonna be looked right over so focus on your area and recruit others in your area to help. Do NOT be overzealous while trying to be helpful. Do it the right way and consider how it makes your artist look. I deal with several radio stations and their PD's and DJ's and this is personal feedback directly from them. You don't want to piss them off before they even have a chance to get to know you or the artist you're requesting.

5.) If a station does play it, either from your request, or you happen to hear it being played, SAY THANK YOU and TAKE NOTE OF THE STATION and let the artist or their management know where you heard it so they can thank them and fans can also let them know they appreciate it by promoting that station on social media. Always be sure to give back if a station plays your request or adds your song to it's rotation. Thank you goes a long way. Pay it forward.

6.) And most of all, TALK ABOUT IT. Promote it on your social media pages, tweet about it, Facebook about it, Google Plus about it, Linked In about it, Myspace about it. If you have a blog, blog about it. Don't be afraid to tell people why you love the song and why you think someone is a great artist who deserves the attention. Remember, not everyone is going to love the song and that's fine. We're all entitled to our opinions. Always show respect to other fans, even when you disagree. Remember, in a way, you are representing your artist in an "unofficial" manner and the way you deal with other fans reflects on him. Most well known fan bases are known for their dedication, kindness, respect and strength in numbers. So speak up, stand up and make a difference!

Show what the power of people who stand behind and believe in an artist can do. Your voice can and does make a difference if used the right way.

Below are a couple of tools to help you with your promotion campaign:

Radio Locator : Radio Locator is where you can find the most up to date contact information for country stations in your area.

Online Mediabase Request Forms: These are request forms for your use. Don't be afraid to use them. Find your closest reporting station and look on the form to see if your artist and song is listed. If so, simply mark it and submit the form according to the station's directions. If the song is NOT listed, there should be a space near the bottom of the form to manually fill in the song title and artist name. These are usually checked once or twice a day. Please don't OVERUSE these forms either. One or two submissions a week is plenty! Also, if you don't see your station listed as having a form, let us know the station call letters and location and we'll be more than happy to verify that they are indeed a Mediabase reporting station. If they are not, they will not have a form. Only reporting stations have these forms.

Thank you for all you do to support new music and get this music heard! Now let's get to requesting! Have fun and build relationships while doing it!