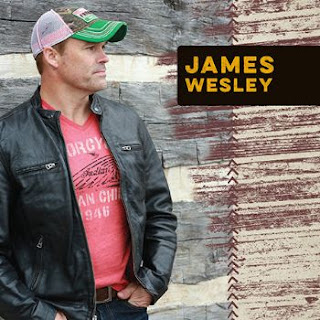 Traditional Country music performer and songwriter, James Wesley, has announced the release of his long-awaited self-titled EP, “James Wesley,” with the lead single “Running.” The five song project is a collection of original music, four songs co-penned by Wesley and one he recorded previously and never released, but has always loved and wanted it to be a part of this EP. The new music can be streamed or downloaded on all online music platforms and is available here.

“Well the day is finally here! This has been a long time awaited. My self titled EP, “James Wesley” with my new single “Running” has been officially released,” exclaims James Wesley! “This project was truly put together from love, sweat, tears along with hard work and a labor of love from my band and myself. Today I get to share my music with all of you that have been waiting so patiently. I appreciate all my friends, fans and family for all the support and love over the years. Sit back turn the music up and enjoy!”

“This is a project James has wanted to make for a long time. With his road band playing and singing on the album, it captures the sound of his live show,” stated band member, Jesse LaFave. “With modern production, catchy songs and James’ traditional country voice, this is a project that really represents the true James Wesley sound.”

“The new James Wesley EP is one part rock roll, two parts real country, and a whole lot of heart and soul,” said band member, Michael Blakemore. “This is the recipe the industry couldn’t figure out how to blend. THIS is the James Wesley sound.”