BACK TO BRAGG: CRAIG MORGAN RETURNS FOR 20th JACK DANIEL’S/USO “TOAST TO THE TROOPS” CAMPAIGN 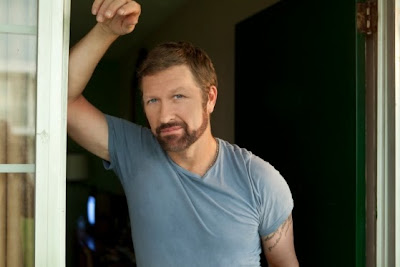 LYNCHBURG, Tenn. (July 24, 2013) – Heading back to one of the largest military installations in the world, the 20th Jack Daniel’s/USO “Toast to the Troops” Care Package Stuffing Party has been set for Fort Bragg, NC, on August 8th.

The return to Fort Bragg also marks a memorable return for ten-year Army veteran and country music superstar, Craig Morgan, who was stationed at the base during his military service. Morgan, who has participated in every Toast to the Troops event, will hold a free and open-to-the-public concert at the Fort Bragg Fairgrounds following the care package stuffing. In addition to service members and their families, the general public is invited to the concert which will start at 5p.m. Gates for the show will open one hour earlier and no ticket is required. The public cannot bring pets, outside food and beverage, or large bags and backpacks to the concert. People with these items will be turned away by on-site security. Lawn chairs are welcome.

Since Toast to the Troops began in 2005, 19 stuffing events have been held across the country delivering more than 172,000 Operation USO Care Packages to our troops serving overseas. The campaign last visited Fort Bragg in 2008. In addition to the toast card message of support, the packages include items requested by service members, such as prepaid international calling cards, toiletries, sunscreen, playing cards, disposable cameras, and snacks.

“We’re so proud to be able to bring our Toast to the Troops event back to Fort Bragg and look forward to honoring our military heroes and their families,” said Jennifer Powell, Senior Brand Manager for Jack Daniel’s. “The outpouring of support for our nation’s military and their families that we’ve seen through the Toast campaign has been overwhelming, and it’s been a distinct honor to help recognize and thank those who have sacrificed so much for our freedom.”

“Our 20th Toast to the Troops event is a true testament of the dedication and appreciation the Jack Daniel’s family has for the USO and our nation’s military,” said Kelli Seely, USO Senior Vice President of Development and Chief Development Officer. “We are so grateful for their continuing support to bring a touch of home to those brave men and women serving overseas.”

“Fort Bragg holds a special place in my heart,” said Craig Morgan. “I served there when I was active duty in the Army, and I feel a special kinship with those soldiers and their families currently stationed at Fort Bragg. We can’t wait to get there to show them how much they are appreciated and supported.”

“We are very honored to host this stuffing party and to have Craig Morgan perform here,” said Colonel Jeffrey M. Sanborn, garrison commander of Fort Bragg. “Both the USO and Craig have strong ties to our service members and families, and we consider them both to be one of our own.”

One of country music’s best-loved artists, Craig Morgan has made a name for himself with massive radio airplay of his signature hits: “Bonfire,” “Almost Home,” “Redneck Yacht Club,” “That’s What I Love About Sunday,” “International Harvester” and "This Ole Boy," the title track to his latest album. The project boasted a Top 5 album debut on Billboard’s Top Country Albums chart. He's just released the soulful single "Wake Up Loving You" from a new album, The Journey (Livin’ Hits), due September 3 on Black River Entertainment. Craig received one of country music’s highest honors when he was inducted as a member of the Grand Ole Opry in 2008. Prior to becoming a country music and TV sensation, he spent over 10 years of active duty in the Army and an additional nine years in the Army Reserves. He is an avid supporter of America’s military personnel and a recipient of the 2006 USO Merit Award.

Due to heightened security, individuals can no longer send letters and packages addressed to “Any Service Member.” The Operation USO Care Package program is the best way to send a message of encouragement directly to troops and provide a touch of home. The USO has distributed more than two million care packages since the program began in 2003. More information on the Operation USO Care Package program and other USO programs supporting active duty military and their families can be found at www.uso.org.
Posted by LovinLyrics at 3:01 PM