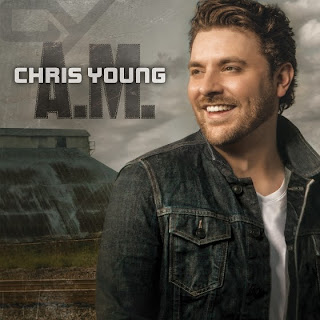 Taped in Los Angeles last year, NPR Song Travels with Michael Feinstein explores the ultimate journey singers and songs take with one another. Chris, who was recently awarded the CMA Triple Play Award for having written three No.1 songs in a 12-month period, explores his musical past, present and future, recounting how music and the art of songwriting have shaped his own journey.

During the one-hour program, the 28-year old shares one-of-a-kind performances of his No. 1 hits “You” and “Gettin’ You Home.” He also joins Feinstein at his grand piano to offer a thrilling, off-the-cuff interpretation of the 1960’s classic, “I Left My Heart In San Francisco.” Listen to a stream of the broadcast HERE.

"Chris is a shining and versatile musical luminary with whom I truly enjoyed collaborating,” said Feinstein. “He's a resonant songwriter, and we had fun doing an impromptu performance together. All in all it was a memorable experience."

Recently named one of this summer’s best opening acts by Entertainment Weekly, Young is gearing up for the release of his fourth album, A.M., due September 17th and available to pre-order now on Amazon and iTunes. His latest hit, “Aw Naw,” is lighting up the charts and available now on iTunes and other digital music destinations.
Posted by LovinLyrics at 12:29 AM