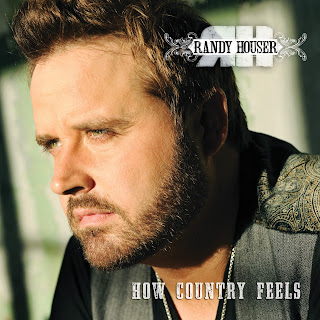 NASHVILLE, Tenn. – August 30, 2013 – Randy Houser’s recent smash hit “Runnin’ Outta Moonlight” has been certified Platinum by the RIAA for sales of more than one million units. This is the first Platinum digital single for Houser, who has been frequently praised by industry, critics and fans as one of Nashville’s best vocalists since he released his first album in 2008. The song spent two weeks at No. 1 on the Billboard Hot Country Singles Chart, and was the second consecutive No. 1 single from his album How Country Feels, following the Gold-certified title song.

“I can’t even begin to thank everyone for their support,” said Houser. “Country music fans are the greatest fans in the world!”

Houser is performing at fairs and festivals throughout the summer and fall, before hitting the road in November with Justin Moore and Josh Thompson for the “Off the Beaten Path Tour.”

Posted by LovinLyrics at 5:38 PM