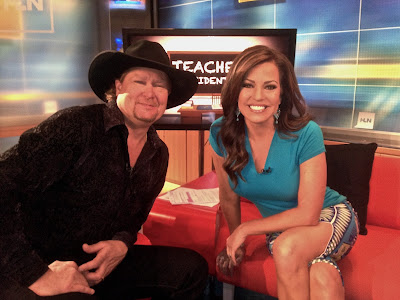 The multi-platinum selling Lawrence performed his song “Butterfly” from the new disc and shared a personal story of how he was inspired to write the song during the tragic Joplin, Missouri tornado crisis.

Lawrence has been making several media appearances over the past few weeks to promote Headlights, Taillights, and Radios, which as already received great reviews from critics just one week of the release. Chuck Dauphin of Billboard saying that this is the “the album of his career” and that Lawrence’s current single “Footprints On The Moon” is “definitely a winner.”

Tracy Lawrence is one of the most recognizable voices in Country music with songs such as “Paint Me A Birmingham”, “Time Marches On”, “Alibis” and “Find Out Who Your Friends Are”. The entertainer has enjoyed twenty-two songs on the Billboard top ten charts with eighteen number one singles, selling over thirteen million albums.