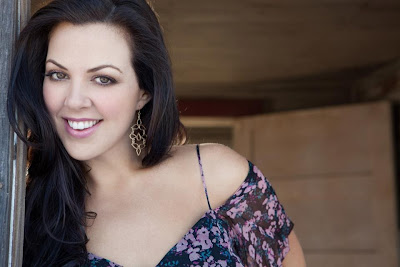 (NASHVILLE, Tenn.) Show Dog-Universal recording artist Krystal Keith will introduce her debut single to radio, "Get Your Redneck On," this month. The first official release from her upcoming album Whiskey & Lace follows the Father's Day and wedding sensation "Daddy Dance With Me."

Keith is currently on her first radio tour in support of the song, though music fans are already becoming familiar with her work. "Daddy Dance With Me," which she co-wrote as a surprise for her father Toby Keith, debuted at her own wedding.

Response was so great, she agreed to share it with her record label and the world. A video for the song generated more than a million views during the wedding season and the Father's Day calendar window.

Recently, the Oklahoma native was honored to perform at the Oklahoma Twister Relief Concert in Norman alongside Willie Nelson, Sammy Hagar, Trisha Yearwood, Ronnie Dunn, Garth Brooks, Carrie Underwood and, of course, her father.
Posted by LovinLyrics at 1:53 PM