RANDY TRAVIS INFLUENCE VOL. 1: THE MAN I AM TO RELEASE A DAY EARLY ON MONDAY, SEPTEMBER 30TH 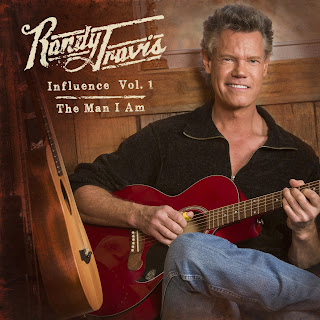 Nashville, Tenn. (September 13, 2013) - Multi-Platinum and seven-time GRAMMY winning icon Randy Travis is set to release his 21st studio album a day earlier than previously announced, on September 30th on Warner Bros. Records. The album, titled Influence Vol. 1: The Man I Am, is available for pre-order today on RandyTravis.com.

Travis and his music has been a major influence to other country artists throughout his celebrated career thus far. In his new album, Influence Vol. 1: The Man I Am, Travis looks back at some of the songs and artists that were instrumental in crafting his musical career, including Merle Haggard, George Jones, Lefty Frizzell, among others. “When I think of my musical heroes of yesteryear, or the younger stars of this year, I am reminded that it is true we learn from the ones ahead of us, and teach the ones that follow. They are the reason I chose to make this album,” says Randy Travis.

Fans of Randy Travis can pre-order his Influence Vol. 1: The Man I Am Collector’s Package. The package, which is available in Travis’ web store with free shipping, includes his forthcoming album on CD and digital download as well as a collectible print and t-shirt inspired by the album. Additionally, each song on the album is available for 30 second preview on his pre-sale page, found at RandyTravis.com.

Influence Vol. 1: The Man I Am Collector’s Package

What Have You Got Planned Tonight Diana

I’m Always On A Mountain When I Fall

You Asked Me To

Posted by LovinLyrics at 2:54 PM