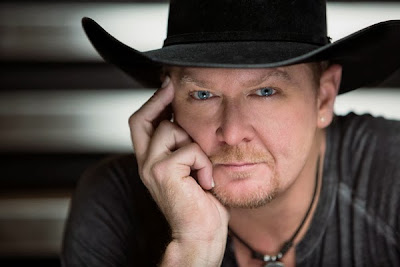 NASHVILLE, TN - October 23, 2013 - Tracy Lawrence has earned his share of ACM and CMA awards over the years. But the singer felt a special honor when he heard the news that the 40th Annual People's Choice Awards just named him as a finalist for Favorite Country Music Icon.

“I am honored and excited that the People Choice Awards would think of me as an icon, says Tracy Lawrence.” “I truly share a deep passion for country music and to be a finalist in this category is very rewarding.”

The entertainer recently released his first album in several years Headlights, Taillights, and Radios, which as already received great reviews from critics just one week of the release. Chuck Dauphin of Billboard saying that this is the “the album of his career” and that Lawrence’s current single “Footprints On The Moon” is “definitely a winner.”

Tracy Lawrence is one of the most recognizable voices in Country music with songs such as “Paint Me A Birmingham,” “Time Marches On,” “Alibis,” and “Find Out Who Your Friends Are.” The entertainer has enjoyed twenty-two songs on the Billboard top ten charts with eighteen number one singles, selling over thirteen million albums.

Posted by LovinLyrics at 8:17 PM