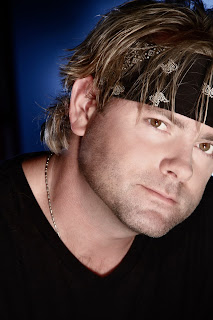 Album of the Year, Best Country Album, Song of the Year ("Me On His Mind"), and Best Gospel/Contemporary Christian Music Performance

Nashville, Tenn. (October 23, 2013) - Andy Griggs often says, “there is no defining a style of song. As long as there’s soul, it has a place in music.” Griggs took these words to heart when he set out to record and produce his latest album, NAKED, which is all acoustic...one singer/songwriter, one guitar, one track.
"I am honored that my music is being recognized by the members of the Grammy's (National Recording Academy), and my peers. It is a very humbling experience,” says Andy Griggs.

Country Weekly says “most listeners latch onto a song because of a melody, a voice or a lyric. So Andy Griggs did something really clever. He stripped away the high-tech production on his new album, Naked, and presents the things you love—a melody, a voice and an amazing stack of songs.” Armed with just his guitar and accompanied by his earthy soul-filled vocals, Griggs penned original tunes for his new offering, as well as covered songs from artists that influenced him like Waylon’s “Old Timer” and Willie’s “Angel Flying Too Close To the Ground.” Country Weekly bestowed it with 4 stars, the highest rating Griggs has had on any album.

“Me On His Mind," the song that has landed on the initial Grammy ballot for "Song of the Year" and for "Best Gospel/Contemporary Christian Music Performance” has a very special meaning to Griggs. "What can I say? How could I end an acoustic album without my brother? I can’t. I was 18yrs old and I walked into the living room late one night to him singin’ a song that he had just written. He said, ”Check this out!” and started over. Luckily, he had a little tape recorder on the coffee table and pushed record. Now my brother wrote some incredible songs in his short life, but this one goes above and beyond. He died three weeks later. It took a long time for me to listen to that cassette tape that now sits tightly in my gun safe. When I play that song, I close my eyes, choke back a tear and smile and think about him singin’ that song to his little brother, not knowing how much it would relate to me later in life." 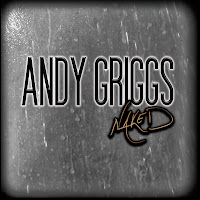 10. Angel Flying Too Close To The Ground

11. Between an Old Memory And Me

Posted by LovinLyrics at 8:10 PM