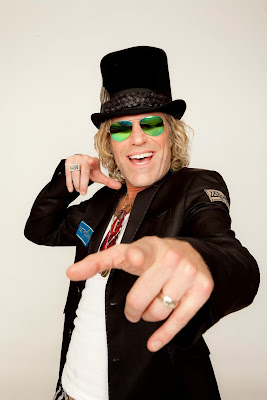 "I'm so excited to be going up to New York City ... I love that city and everybody in it," said CMA Awards nominee Big Kenny. "We are honored and happy to be nominated for the CMA Awards again this year - we have some exciting new music coming out and can't wait for everybody to hear it! So tune in Wednesday night on ABC -- you'll be glad you did! Now go out and love everybody!"

Hosted for the sixth consecutive year by Brad Paisley and Carrie Underwood, “The 47th Annual CMA Awards” will air live from the Bridgestone Arena in Nashville.

Tickets for “The 47th Annual CMA Awards” are officially sold-out, marking the fifth year in a row the ceremony has sold out in advance.

The CMA Awards nominees and winners are determined by more than 7,000 industry professional members of CMA, which was formed in 1958 as the first trade organization to promote an individual genre of music. The first “CMA Awards Banquet and Show” was held in 1967. The following year, the CMA Awards was broadcast for the first time – making it the longest-running, annual music awards program on network television. The CMA Awards moved to ABC in 2006, where it will remain through 2021.

“The 47th Annual CMA Awards” is a production of the Country Music Association. Robert Deaton is the Executive Producer, Paul Miller is the Director, and David Wild is the writer. The special will be shot in high definition and broadcast in 720 Progressive (720P), ABC’s selected HDTV format, with 5.1 channel surround sound.

For more information, visit CMAawards.com, or follow the conversation on Twitter with #CMAawards.
Posted by LovinLyrics at 7:03 PM