Dynamic Entertainer To Appear On FOX’s Huckabee This November 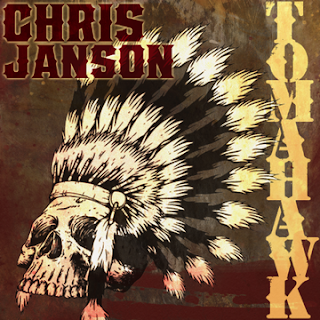 NASHVILLE, TN (October 22, 2013) – Country music newcomer Chris Janson recently played the annual Florida State University block party and what better way to get the Seminoles all fired up than with his catchy tune “Tomahawk.” The crowd went wild over the spirited song, so much so that FSU asked Janson to release it digitally. Now available at iTunes, the song has become a ritual for every home game.

“Hey Noles fans, had to release this one just for you! Go FSU,” shares Chris Janson.

The dynamic entertainer is currently climbing the Country radio charts with the infectious single “Cut Me Some Slack” and will perform the song on FOX’s Huckabee this November. The song is featured on his self-titled EP (Bigger Picture Group), now available at all digital retailers. Produced by Keith Stegall (Alan Jackson, Zac Brown Band), the five-song project also features Top 40 hit “Better I Don’t.”

Since releasing “Better I Don’t,” Janson has been gaining attention nationwide from media and fans alike. Most recently, he garnered great ink in Nashville Lifestyle’s “The Hot List” issue and Billboard’s“The Next Wave in Country Rock” feature. With undeniable charisma, he brings a blue-collar, working-class, boot-stomping hillbilly redneck attitude to bear on every live performance, earning him opening slots for music legends Merle Haggard and Hank Williams Jr. as well as regular appearances on the Grand Ole Opry.

The talented songwriter, who has already scored cuts with artists such as Tim McGraw (“Truck Yeah”) and Justin Moore (“Off The Beaten Path”), began writing at just 18 with an impressive group of musicians from the likes of Guns N' Roses to Bill Anderson. The Perryville, Missouri, native first broke onto the Nashville music scene when he landed a year long, four show a day gig at Tootsie’s Orchid Lounge on Nashville’s Lower Broadway.

CHRIS JANSON is now available at iTunes.
Posted by LovinLyrics at 1:01 PM