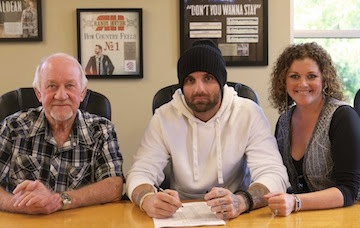 (Nashville, TN) – Magic Mustang Music is pleased to announce the re-signing of songwriter Westin Davis to the publishing company’s roster.

"I am proud to continue this journey with Magic Mustang. We have big things happening and it’s going to be a fun ride!” said Davis.

"Westin is an incredible songwriter and one of the hardest workers I know. His success is well deserved. I am elated to have him here at Magic Mustang.” said Juli-Newton Griffith, Sr. Creative Director at Magic Mustang Music.