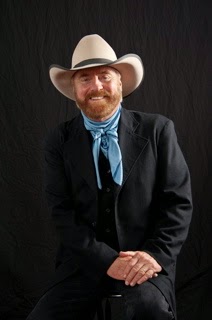 Christmas is a season of tradition, and no one knows that better than Michael Martin Murphey. The iconic musician has worked diligently to keep alive the spirit of the first Cowboy Christmas Ball and this year celebrates his 20th Anniversary for his popular Cowboy Christmas Tour. This year, Murphey and his band will make stops in 20 cities across the Southwest, including an annual visit to Anson, Texas, where the Cowboy Christmas Ball originated in 1885.

“The first time I came to the annual Cowboy Christmas Ball in Anson, Texas, where the community has celebrated the holidays with this event every year since 1934, I was floored that the community had worked so hard to keep it going,” Murphey said. “I fell in love watching the older couples dance and the dances being passed on to the younger people. It reconnected me to the tradition.”

Arriving in Anson, Texas on Christmas night, 1885, native New Yorker Larry Chittenden chronicled a dancing spectacle unparrelled in those days by composing the rhythmic, rollicking lines of The Cowboys’ Christmas Ball, a six stanza verse that still remembered and anthologized many times in print and song.


Modeling a show after the annual Anson event, Murphey took the celebration on the road, and has over the past two decades, performed the ball in such prestigious venues as Bass Hall (Ft. Worth, TX), The National Cowboy and Western Heritage Museum (Oklahoma City, OK), the National Hispanic Cultural Center Journal Theater (Albuquerque, NM) and The Performing Arts Center at Texas A&M University (Austin, TX). This year's tour begins on Nov. 21 in Colorado Springs and will continue through December. Visit www.michaelmartinmurphey.com for a complete listing of stops on the tour.

“The Cowboy Christmas Ball is steeped in everything I hold dear of growing up in Texas at Christmas time,” Murphey said. “All the old dances are here... the waltzes, the mazurkas, the Paul Jones, the Virginia Reel... all these dances are still done here. The women make their own costumes and clothes and the men still wear string ties and frock coats. It’s a family reunion of friends.”

“This is my favorite season of the year,” Murphey continued. “We remember our fathers and mothers. We celebrate our children and we treasure our friends and the many blessing given by our Lord. It really brings out the very best in all of us.”

Michael, your show has become a holiday tradition for many. Is it still as much fun for you as it is for audiences?

MMM: I love putting together my Cowboy Christmas show every year. I'm glad the audience has fun with it, but I'm having just as much fun because it's such a creative challenge. I change about a third of the show content every year to include material from my most recent albums. I switch out cowboy poetry and change the stories between songs.

You've been doing the show for 20 years, what keeps you doing it?

MMM: The Cowboy Christmas tradition becomes more of a treasure to me every year. It brings people the warmth, nostalgia and joy of an old-fashioned Christmas. People have made it a part of their lives, and that is a great comfort to me.

How did the Cowboy Christmas Ball get started and how has it changed over the years?

MMM: The first event that became known as the "Cowboys' Christmas Ball" was held in Anson, Texas in 1885, at M.G.Rhodes' "Morning Star Hotel". Larry Chittenden of New Jersey (1862-1934), who was a dry goods salesman and journalist for New York publications, came to Anson in 1883 to help his uncle find ranch land, attended the ball in 1885. He was so amused by what he saw and heard he wrote a poem called, "The Cowboys' Christmas Ball." The first ball was so popular it was repeated in subsequent years.  Chittenden's poem was published in the local Anson, Texas newspaper called the "Texas Western" in 1890. In 1893, the poem was in Chittenden's book, "Ranch Verses", which was wildly popular across the United States and Europe. The Texas Cowboys' Christmas Ball became world-famous.

How would you describe the show for those who may be seeing it for the first time this year? Anything new this year?

MMM: The show is made up of Christmas music, my hit songs, cowboy poetry and classic cowboy music. The music is the essence of the show, but we use special effects and rear-screen projection to support the music.

Is there a favorite moment for you during the show?

MMM: I love the audience's reaction to "The Cowboys' Christmas Ball" song. They really "whoop it up" when they hear that song !

Do you have a favorite traditional Christmas carol? What and why?

MMM: My favorite traditional Christmas Carol is "In the Moon of Wintertime", because it's a telling of the Nativity story using Native American imagery.

Michael Martin Murphey is a Grammy nominee and a member of the Cowboy Hall of Fame, among other honors. The prolific writer, singer and musician brings his "Cowboy Christmas Show," now in its 19th year, to the Paramount Theatre tonight. The show is heavy on the holidays, of course, but also will include some of Murphey's other hits. We asked the Texas native to share some of his favorite holiday songs:

"Since I'm a Texas-born cowboy, my absolute favorite Christmas song is "The Cowboys' Christmas Ball." Larry Chittenden, a young journalist for New York publications, was visiting Anson, Texas, in 1885 when he wrote a poem about a wild dance that he attended at the Morning Star Hotel. Chittenden's poem was widely published, making the Texas Cowboys' Christmas Ball world famous. Since 1885, the Ball missed a few years because of World War I, but a school teacher named Leonora Barrett revived the ball in 1934. President Franklin D. Roosevelt invited the ball dancers, callers and musicians to Washington, D.C., in 1938. This year, I play the 2011 77th Annual Re-Enactment of the Texas Cowboys' Christmas Ball in Anson."

2. 'Twas in the Moon of Wintertime'  (Huron Carole)

"This Christmas carol was written by the Rev. Jean de Brébeuf, a missionary priest to the Huron Indians, in Quebec in 1674. The Nativity is described in Indian imagery. It sounds like a Gregorian chant, which is a similar musical scale as the Indians used."

"Isaac Watts wrote the words, and George Frideric Handel, author of "The Messiah," wrote the music. Lowell Mason is credited with arranging the piece from "The Messiah," but Methodists were singing it prior to 1833. I love the outdoor imagery of the song; the story of Christmas is pastoral in nature. The tradition is that Jesus is born in a manger, surrounded by farm animals. I play it on the banjo in my "Cowboy Christmas" show."

4. 'I Heard the Bells on Christmas Day'

"This is a carol of release of anger and forgiveness. Henry Wadsworth Longfellow's son was wounded in war. Grief-stricken, Longfellow walked the streets on Christmas Eve, but the chiming bells at midnight overcame his bitterness. Longfellow's poem was set to a wonderful folklike melody by Jean Baptiste Calkin."

"I love this carol because it follows the story of Christmas in the form of a medieval mystery play. I also like the democratic message in this hymn; wealthy wise men and shepherds are included in the grace of the miracle, and encouraged to worship 'in one accord.'"

Posted by LovinLyrics at 6:23 PM