YOUR CHOICES FOR THE BEST INTERACTIVE TWEETERS IN COUNTRY MUSIC ARE ... 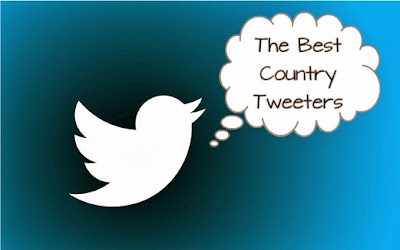 So we asked you who your choices were for the artists who were the best at fan interaction on Twitter and you guys gave us A LOT of great artists and we'd like to share those artists with everyone and encourage you to follow them and to get to know them. These people understand the importance of social media and that fans want that social connection. They're all great people and prove how much they appreciate you by taking the time out of their crazy schedules to respond to your tweets and in some cases, even randomly initiating conversations out of the blue with fans. They post more than what's going on with their careers and themselves, they tweet about and with YOU! They also tweet out some entertaining photos, stories and jokes. They run their own Twitter accounts and don't always rely on someone else to do the talking for them. Sometimes management may tweet things out and that's understandable but the majority of what you see on their timelines comes directly from the artist themselves. These are the kinds of people that Twitter was made for, the reason you signed up for Twitter and they make it worth being here.

We included both new and veteran artists so if you don't know someone on the list, take the time to check them out, listen to their music, follow them and see what you think. Keep in mind that they are all very busy and get hundreds of tweets a day if not more, so while it may not be an immediate response, they do the best they can so don't get offended or mad if you don't get something back right away! They do have lives outside of Twitter too :-)

If you have someone you'd like to add to the list, feel free to leave their name and Twitter handle in the comments section and we'll add them! The list is in alphabetical order by first name.

Posted by LovinLyrics at 7:10 PM