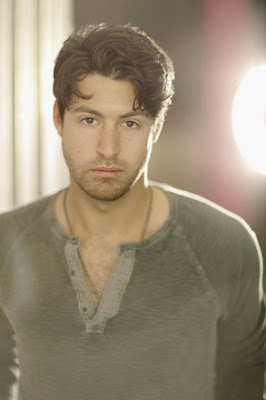 Webb will perform during the Opry At The Ryman shows, scheduled for 7 p.m. and 9:30 p.m. The evening’s lineup includes performances by Holly Williams, Sam Palladio, Del McCoury Band, Sons of Fathers and more. Tickets are available for purchase at Opry.com. The Opry can be heard on 650 WSM-AM, SIRIUS XM Satellite Radio, and Opry.com.

"Being asked to perform at the Grand Ole Opry is the highest honor I've ever known,” said Webb. “I'm blessed, humbled and grateful to have this opportunity."

Austin Webb is signed to Streamsound Records, the Nashville-based label founded by Grammy award-winning producer Byron Gallimore (Tim McGraw, Faith Hill, Sugarland) and Jim Wilkes. The newcomer’s current single, “Slip On By,” is at Country radio and is #45 on the Billboard Country Airplay chart. The song is a sentimental ballad that stresses the value of time and not living in regret. This harmonious tune plucks on the heartstrings of growing older and emphasizes the importance of not letting time “slip on by.” Country Weekly named Webb as “One To Watch in 2013,” and he is currently featured as the “Who’s New” artist in the Nov. 4 issue of the magazine.

Posted by LovinLyrics at 7:27 PM