CHRIS YOUNG TO TREK TO DUBLIN AND LONDON AGAIN IN 2014 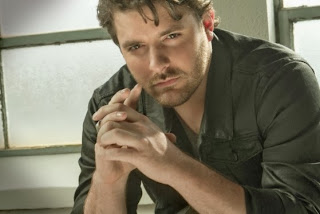 Nashville, TN – November 20, 2013 - After making his inaugural trip to the UK and Ireland earlier this year for the CMA Songwriter’s Series with Kristian Bush and Brett James, RCA Records Nashville artist Chris Young is making plans for another hop across the pond in 2014 to perform back-to-back dates at the C2C Festival. On March 15 he’ll take the stage in Dublin, Ireland then travel to London, England on March 16 for the closing date of the festival.

Young will reunite with Bush and James before this year comes to a close for two intimate shows next month in Decatur, Georgia at Eddie’s Attic. Tickets are onsale HERE for the December 1 and 2 dates.

Just weeks after releasing his critically acclaimed new album, A.M., Young isn’t slowing down anytime soon. His current single, “Aw Naw,” broke into the Top 3 on the country radio charts and he recently rejoined Brad Paisley for the fall leg of his Beat This Summer Tour. Young is also slated to present at the American Country Awards airing December 10 on FOX.
For all the latest information on Chris Young, visit http://chrisyoungcountry.com/ and follow him on Twitter @ChrisYoungMusic.