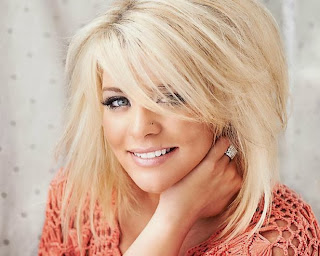 Christmas will come early this year for Lauren Alaina fans, who will be able to stuff their stockings with her version of the holiday classic, “Grown Up Christmas List” on December 10th. The digital track, which was produced by Nathan Chapman, is being released on iTunes in conjunction with the 26th anniversary of the Special Olympics’ ‘A Very Special Christmas®’ holiday music series.

Since 1987, the ‘A Very Special Christmas’ album series has changed lives through generating over $116 million in royalties in direct support of Special Olympics programs, thanks to the generosity of top internationally acclaimed recording artists. U2, Bruce Springsteen & the E Street Band, Madonna, Sting, Bon Jovi, Reba McEntire, Alan Jackson, Sheryl Crow, Mary J. Blige, No Doubt, Eric Clapton, Tom Petty and the Heartbreakers, are among the stars that have contributed tracks to previous albums over the years. To learn more, visit http://www.averyspecialchristmas.org/.

Alaina has been very involved with the Special Olympics organization since she started with her local hometown chapter at just 11 years old. She is now an Ambassador for the cause and spent a week in PyeongChang, South Korea last year to participate in the Special Olympics Winter Games.

“Growing up, I was very close with a cousin who had an intellectual disability, and it upset me when people all around me treated him differently,” said Alaina. “I feel blessed that I’m able to be so involved with a cause dear to my heart. Not only am I able to record one of my all-time favorite holiday songs for a great cause, but year-round, I’m able to visit schools across the country and talk to kids about creating acceptance and respect for all kids – regardless of any disability.”

Lauren will perform “Grown Up Christmas List” as a part of the first holiday edition of CMT’s “Live @ CMT” series. The program, which launches December 2nd on CMT.com, will also feature performances of some of Lauren’s favorite Christmas songs – “O Holy Night,” “Jingle Bells,” and “Silent Night.” In addition, her performance of “Grown Up Christmas List” will air as a holiday music video, which will premiere on CMT and CMT Pure on December 9th.

Lauren is also set to perform "Grown Up Christmas List" and "Jingle Bells" during the 7pm EST hour of NBC's Christmas In Rockefeller Center, which will air in certain markets throughout the country on December 4th. Fans can check local listings to tune in.

For more information, be sure to visit www.laurenalainaofficial.com.

Posted by LovinLyrics at 2:15 PM