THIS CONTEST HAS ENDED - WINNER HAS BEEN NOTIFIED

Welcome to Day 2 of our Christmas Giveaway! With Garth Brooks back in the spotlight, we thought we'd give away one of our 2 Garth prizes. Today's prize is "Garth Brooks: The Entertainer", a 5 dvd box set consisting of the following:

This is a great set for any Garth Brooks fan! 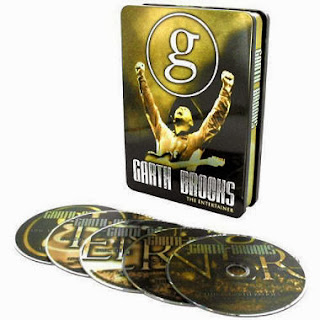 All you have to do is send us an email at lovinlyrics@gmail.com with "GARTH" in the subject line, your full name, mailing address and Twitter name if you have one. We'll be choosing the winner tomorrow at noon! Good luck!