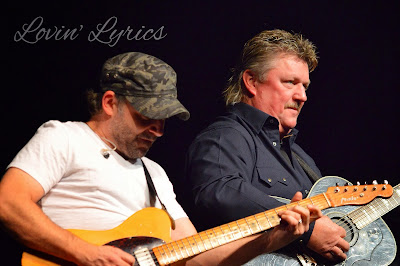 If you're in a small country town on a Saturday night, the streets are dark and empty by 9pm, and you come up on a field full of high rise pickups and tailgating in rainy 40 degree weather, there's only one reason - Joe Diffie must be in town. This was the case last night in Trenton, NC. When we arrived at the Jones County Civic Center at 6 pm, two hours before showtime, the wind was blowing, a miserable, cold misty rain coming down, but the parking lot was full and people were out bundled up and having their tailgate parties waiting for the doors to open. This town has a population of less than 500 and I can say with 99% certainty that the entire town showed up to support this concert which was held to benefit Brock's Mill Pond, a historical natural area with a beautiful landscape, a large pond and a grist mill. The devil was gonna be dancing in some empty pockets tonight, that's for sure. Let him dance all night long because this was for a great cause.

The venue itself was small yet great for a country show. There were rows of folding chairs, a concession area selling very affordable food, water and beer (bottled water was only $1.00!), VIP tables set up along the front of the stage with snacks and the best views, and considerably good acoustics for "gymnasium style" venue. The staff was friendly and helpful. I'd personally like to thank the employee who was kind enough to find some duct tape for me to tape the sole of my boot back on after it decided to fall off my boot in the parking lot. Now there's a country song waiting to happen isn't it? I think I'll call it "Duct Tape May Not Fix a Broken Heart, But It Can Mend A Broken Sole".


There was no opening performer for this show. Joe Diffie has plenty of music to play a show on his own so wasn't too surprised. Joe took the stage to chants of "Dif-fie! Dif-fie!" and a night of real country was about to begin. If you've never seen Joe Diffie perform, you've been missing out on what a real country concert should be. It's all about the guitar, the voice, steel guitar and the songs that made Joe the legend he is. Don't expect bedazzled jeans that are two sizes too small, ripped up t-shirts, or dancing around the stage shaking his "money-maker". What you can expect is just Joe, his wonderful sense of humor, his guitar, a small band, and the voice performing the hits that made him who he is. Did we get the hits, yes, but Joe also brought more to the table, he reminded each of us in that room why we love country music, what it is about it that is so personal, so special. This night was about the music and the music alone. From the starting intro of "Third Rock from the Sun", to "If the Devil Danced in Empty Pockets" and "Pick Up Man", people were up out of their seats and dancing (there was no "twerking" to this music, thank the gods of country for that.) I immediately felt as though I was in a surreal country dream, like I'd found the country I'd been missing. This WAS the country music I'd  been missing, the country that the genre as a whole has been missing. What a welcome sound to sore ears.

Aside from a voice that has not changed since the first time I heard him years ago, Joe also has this unique ability to actually flirt with an entire room of women simultaneously and make each of them feel like they were the only one in the room and he was talking directly to them. That also has not changed over the years. This "room wide flirtation" was his prelude to "So Help Me Girl" which had the ladies leading their guys (and some even leading their female best friends and some grabbing the hands of anyone they could find), into the aisles to slow dance. He continued this mood with his spot on rendition of the Charlie Rich classic, "Behind Closed Doors". I don't smoke, but that song was so sexy that I found myself needing a cigarette when it was done. Then he broke out the Diffie style "hick hop" with his quick thank you to Jason Aldean for bringing him back to the spotlight with his hit, "1994" and launching right into his own current single, "Girl Ridin' Shotgun". The crowd loved it and me, not being into the whole hick hop obsession, thought it was actually pretty awesome. I actually wish he'd re-release it as his own version without the Jawga Dawgs. It would sell so much better than the original. The night was full of great moments like that and we all hated to see it end, but they had an ice storm to beat back to Nashville so unfortunately it had to.

I have to give kudos to his great band with fantastic backing vocals. They were fantastic! Thanks to the following members, sorry I didn't get your last names:

Also thanks to his great crew - Tim, Chris, Eric and everyone else involved in making this a great show!

To sum up the evening, I think the woman standing outside talking to one of her friends said it best when she answered her friends question about whether she thought everyone in town was at the show - "Who ISN'T here, it's Joe Diffie!!!"

Thanks Joe for another great show! I'm ready for the next one! Bring it! 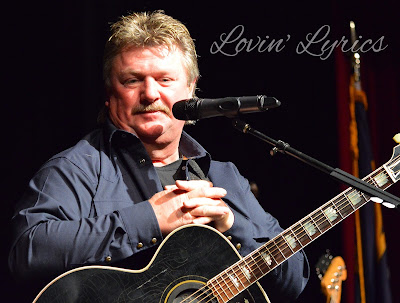 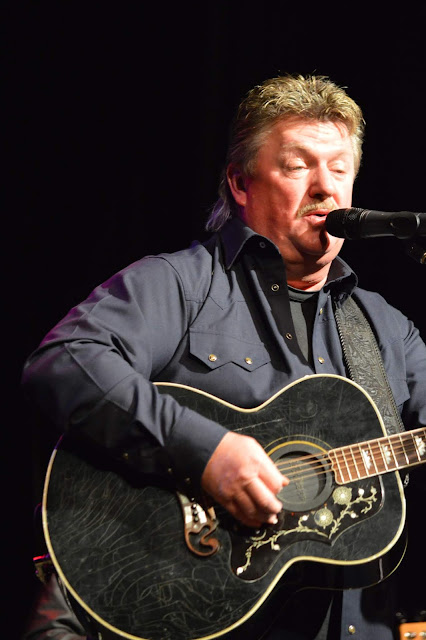 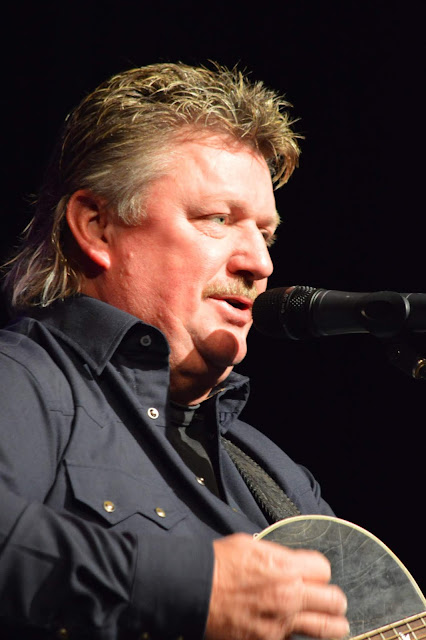 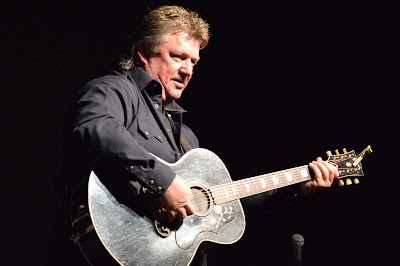 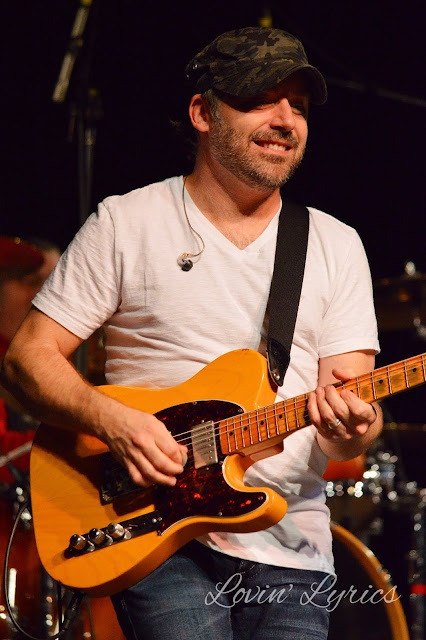 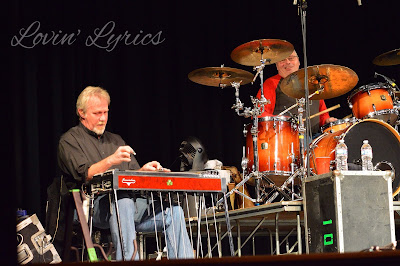 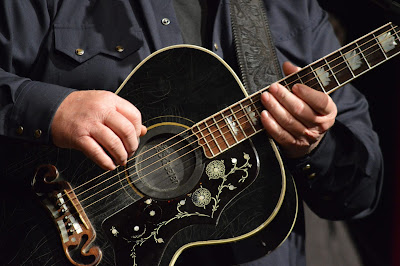 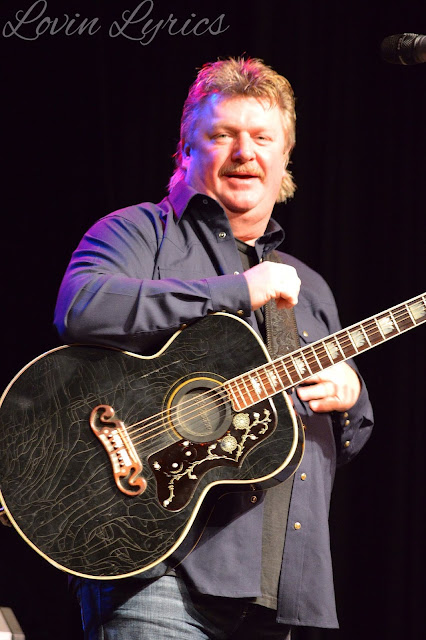 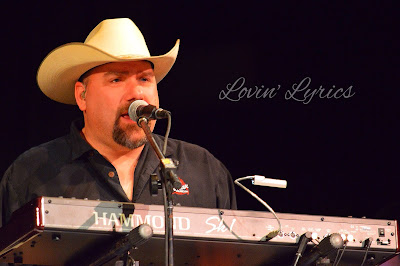 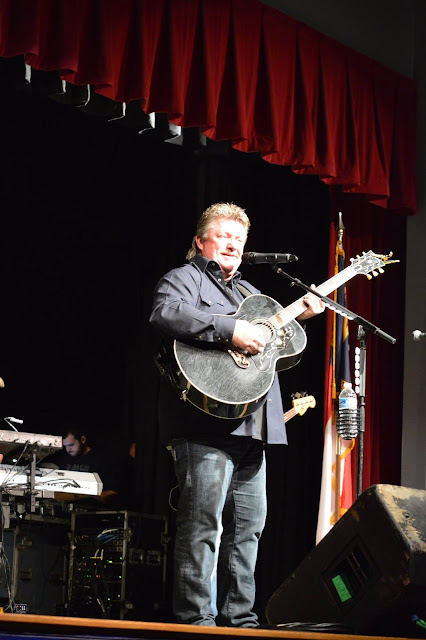 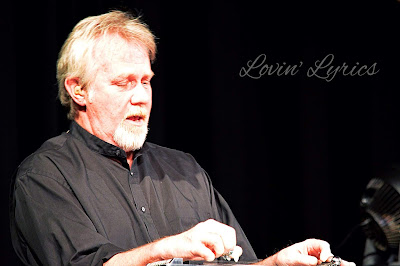 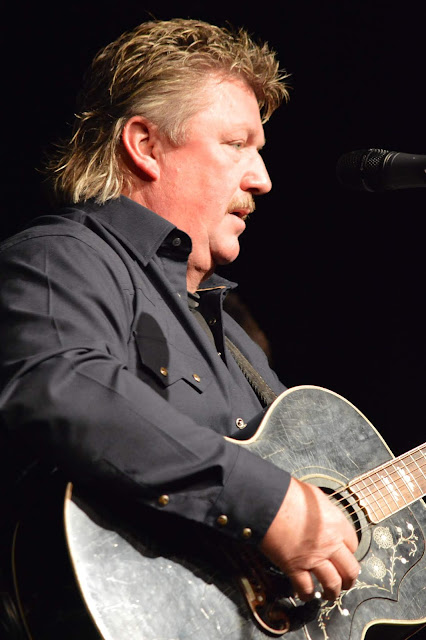 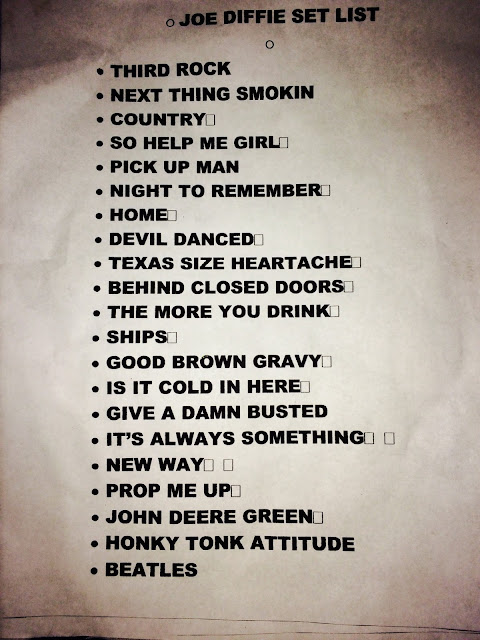 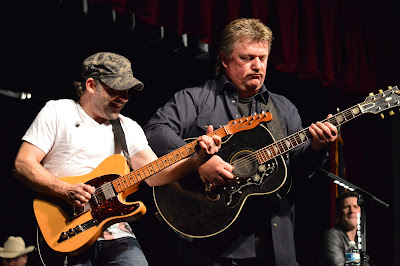 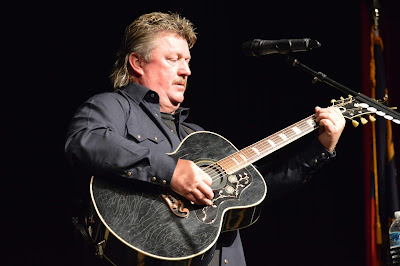 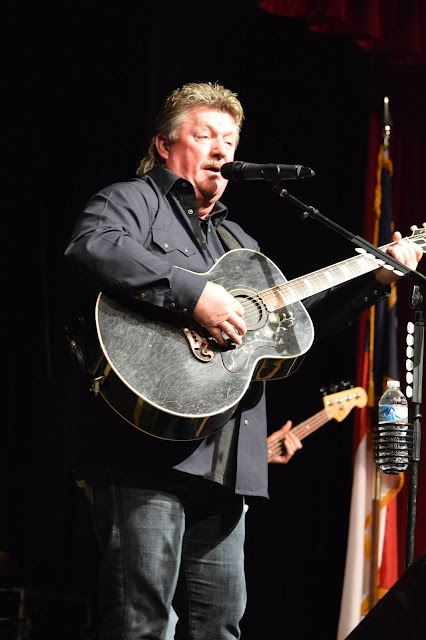 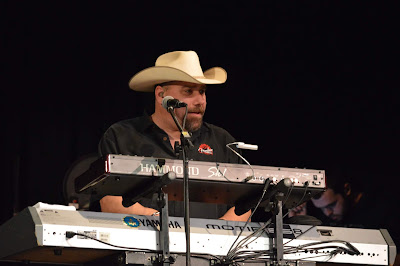 Posted by LovinLyrics at 1:20 AM