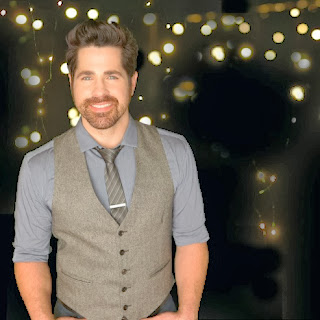 New York, New York…December 18, 2013….Country music artist J.T. Hodges has earned his place as an actor giving The Hallmark Channel one of their highest rated weeks in Hallmark history. On Sunday, December 15th J.T. Hodges starred in the highly anticipated original movie “Finding Christmas” which debuted with a record 3.4 rating and was seen by nearly 6 million unduplicated viewers. Hodges helped the Hallmark Channel achieve its #1 rated ad-supported cable movie of the week and the #1 program of the day.

Hodges earned rave reviews including The New York Times singling him out from the cast as “surprisingly good.” In a movie where more seasoned actors had roles it was Hodges who caught the eye of the critics at the globally respected New York Times.


“Finding Christmas” is most notable, though for the presence of J.T. Hodges, normally a country singer but here an actor. Mr. Hodges, a newcomer to the acting thing, is surprisingly good, and the script also leads his character to an open-mike night in which he sings a delightful “Joy to the World…..”
– The New York Times


“Country singer JT Hodges projects enormous onscreen charisma (somebody should cast the guy in a TV series) and performs stand-out renditions of Joy to the World and Silent Night.”

“Finding Christmas” premiered on The Hallmark Channel on Sunday, December 15th at 8pm ET/7pm ET. Hodges tweeted live throughout the East Coast and West Coast airings. His own rendition of the classic “Joy to the World,” performed in the movie, is available on iTunes and has since become one of the most popular downloaded holiday songs this month. http://smarturl.it/JTJTTWiTunes.

“I had a great time working with the cast and crew of “Finding Christmas” said J.T. Hodges. “It was an amazing opportunity that allowed me to show another side of myself and I am very excited about how successful it was for the viewers and my fans.”

If high ratings, ad-supported excitement, unprecedented support from the network and fan enthusiasm is any indication of J.T. Hodges’ future in acting then it’s very likely we will see him again on network television or the big screens. His newest single will release in February of 2014. For more information on Hodges go to www.jthodges.com

Posted by LovinLyrics at 6:41 PM