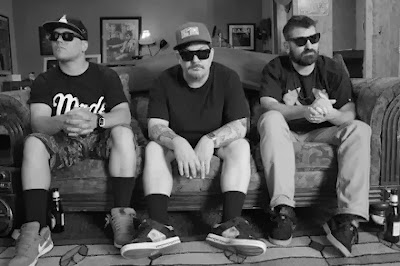 Even though the band won’t be performing together after the farewell tour, Danny Boone and Demun Jones plan to release solo projects in the New Year. As a thank you to their loyal fans, the band will host a post-show meet and greet in every city. In addition, a sneak peek of new music coming from both band members will be revealed in the coming days.

“Our fans have been so loyal throughout the years,” commented Danny Boone and Demun Jones. “We are so excited to get back out there on the road and play the hits, as well as some of the new music that we have both been working on.”

From Kid Rock and Uncle Kracker to Linkin Park and Kottonmouth Kings, the band has toured with some of music’s biggest stars. REHAB emerged from Atlanta’s hot music scene in 2000 with their debut album, “Southern Discomfort,” which yielded a Top 15 Modern Rock hit with, “It Don’t Matter.” Other hits that soon followed include “Bartender Song,” and “Welcome Home,” the latter garnering a CMT Music Video Award nomination for “Wide Open Country Video of the Year.”

The 49-city tour includes stops include:

Posted by LovinLyrics at 6:05 PM