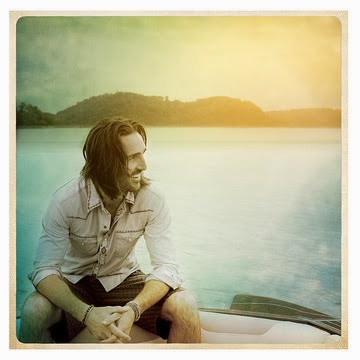 For chart-topping vocalist Jake Owen, 2013 was filled with golden times; earning his fourth consecutive #1 with “Anywhere With You,” drawing a crowd of over 20,000 for a Nashville summer block party, releasing his new album DAYS OF GOLD, crossing over one million Twitter followers and touring with Jason Aldean. This spring Jake will celebrate with his fans on his second major nationwide headline run – JAKE OWEN’S DAYS OF GOLD TOUR 2014 - as officially announced from the ESPN tailgate party stage at the BCS National Championship today (1/6).

“I love throwing parties! This tour is going to be one big party and everyone is invited,” shares Jake. “I’ve been lucky enough to be on the road and learn from incredible artists like Chesney, McGraw, and Aldean. I’m really proud of this tour and can’t wait for the fans to see what’s in store. The first night can not get here fast enough!”

“Ain’t no party like a Jake Owen party,” raves Country Weekly on the singer’s live show. To get this party vibe going, Jake will release his new single “Beachin’” to country radio in February. The song, along with the hit single “Days of Gold,” is featured on his current album DAYS OF GOLD, available everywhere now.

Since releasing the chart-topping album, BAREFOOT BLUE JEAN NIGHT, Jake Owen has emerged as one of country music’s leading vocalists. The gold-certified RCA Nashville project delivered four consecutive No. 1 hit singles, including the multi-week chart-toppers; the DOUBLE PLATINUM title track and PLATINUM “Alone with You,” and GOLD-certified hits “The One That Got Away” and “Anywhere with You.” His energetic live show and captivating songs have landed him coveted opening slots with Jason Aldean, Keith Urban, Kenny Chesney, Tim McGraw and his first headlining tour, CMT ON TOUR JAKE OWEN: THE SUMMER NEVER ENDS 2012, which made CMT history for the most sold-out shows in a row for the annual nationwide tour.

*Dates and cities are subject to change

Posted by LovinLyrics at 7:12 PM