MAGGIE ROSE IS “LOOKING BACK NOW” WITH NEXT SINGLE 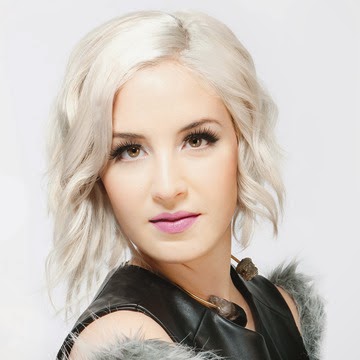 Nashville, TN (January 21, 2014) – RPME Records powerhouse vocalist Maggie Rose is ready to make her mark in 2014, by releasing her new single, “Looking Back Now,” to country radio today (1/21). The song serves as the third single from her acclaimed debut album, CUT TO IMPRESS, and was written by Lisa Carver.

"I am so excited about my new single,” says Maggie. “It has been a big fan favorite live and I think the timing is perfect because there is nothing else that sounds like it on the radio.”


In honor of her new single, and the upcoming 49th Annual ACM Awards, Maggie is giving away two (2) tickets to the big show in Vegas - with flights and hotel included. Fans can download the acoustic version of her new single, be entered to win merchandise and possibly the grand prize - a trip to the ACM Awards in Vegas. The sweepstakes will run until Sunday, March 9th, 2014, and fans can enter by visiting Maggie's website here.

“I hope my fans will check out the very unique and cool fan experience contest that is on my website, and join me on the journey to the ACM Awards in Las Vegas," shares Maggie.

Since the release of her debut album, CUT TO IMPRESS, dynamic vocalist Maggie Rose has garnered national attention from media and fans alike. The project landed on Roughstock.com and CountryMusicRocks’ Best Albums of 2013, and was listed as one of only four country albums to make Amazon.com’s Best Music of 2013. Produced by Blake Chancey and James Stroud, the album features the breakthrough Top 30 hits “I Ain’t Your Mama” and “Better,” which stayed on the country music charts for over 30 weeks. The project highlights Maggie’s songwriting prowess on nearly half of the tracks. The Potomac, Maryland native recently opened for Gary Allan and Sheryl Crow on the FREE & EASY Tour.