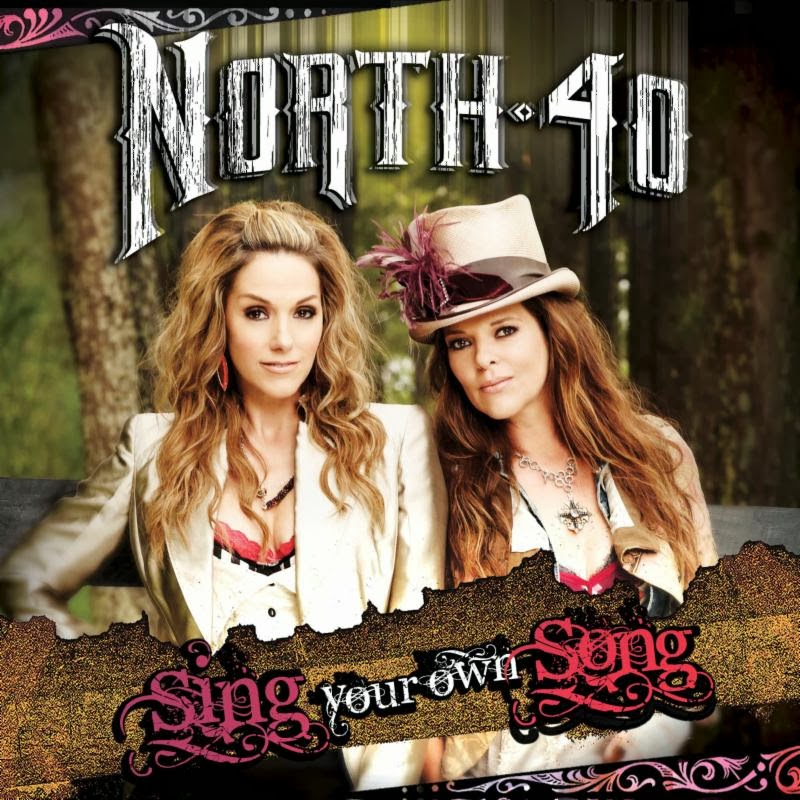 (Nashville, Tennessee) - Rhymetown Entertainment duo North 40 is following up their breakthrough hit "Hey Girl Hey" with self-penned uptempo "Tell Me Something Good." The single shipped last week and was the #1 most streamed and #1 most downloaded track on PLAYmpe over the weekend. North 40's debut album, Sing Your Own Song, is set to hit digital music outlets tomorrow, Tuesday, January 28, 2014.

"July 16th, 2013 was a red-letter day," recalled Paige Logan, who wrote the single with duo partner Heather Looney. "My daddy called and told me he had been diagnosed with lung cancer that had already metastasized to his brain. That phone call was the beginning of a series of calls, all recounting the bad news. Heather and I were writing that day and after I finally put my phone down I turned to her and pleaded, 'Will you just tell me something good?!' She looked at me square in the eyes, took my hand in hers and said, 'I'm gonna tell you something good, we're gonna write that.'"

North 40 will perform the new single, which was which was produced by hit producer/songwriter/musician Leigh Reynolds and Grammy Award-winning engineer Mills Logan, on Nashville's popular "More at Midday" show on WSMV-TV.

Heather and Paige wrote or co-wrote all 13 songs on their Sing Your Own Song CD. "This album is a unique mix of high energy songs, like 'Hey Girl Hey,' the rockin' lead single which is a true party anthem for women everywhere and will have you singing along," wrote Ashlie Kolb in an album review for "The Better Show." "Ballads like 'Wine Song,' gives listeners a more sultry side of North 40. There's no doubt the duo's vocal harmonies blend effortlessly making Sing Your Own Song a refreshing new sound and a strong debut album that is a must listen to."

North 40 is the newest chapter in the lives of these talented women, merging their country roots into a progressive, original new sound. Prolific songwriters, the artists are unveiling their creative collaboration, North 40, with a tight fusion of sweet and spicy harmonies and songs that hit home with the core country listener. Though relatively new as a music duo, the friendship of Logan and Looney goes back almost two decades. Both originally moved to Nashville to pursue music careers, and as life, family, children, etc., sidetracked them a bit, they never lost sight of their artistic dreams. Finally, and after realizing that the music they were hearing on the radio was not speaking to them or their demographic - the core country listener - they decided to take matters into their own hands...'cause life begins at North 40.

For additional information, news tour dates and music on North 40, visit www.North40Country.com.
Connect with them at:

Posted by LovinLyrics at 3:02 PM