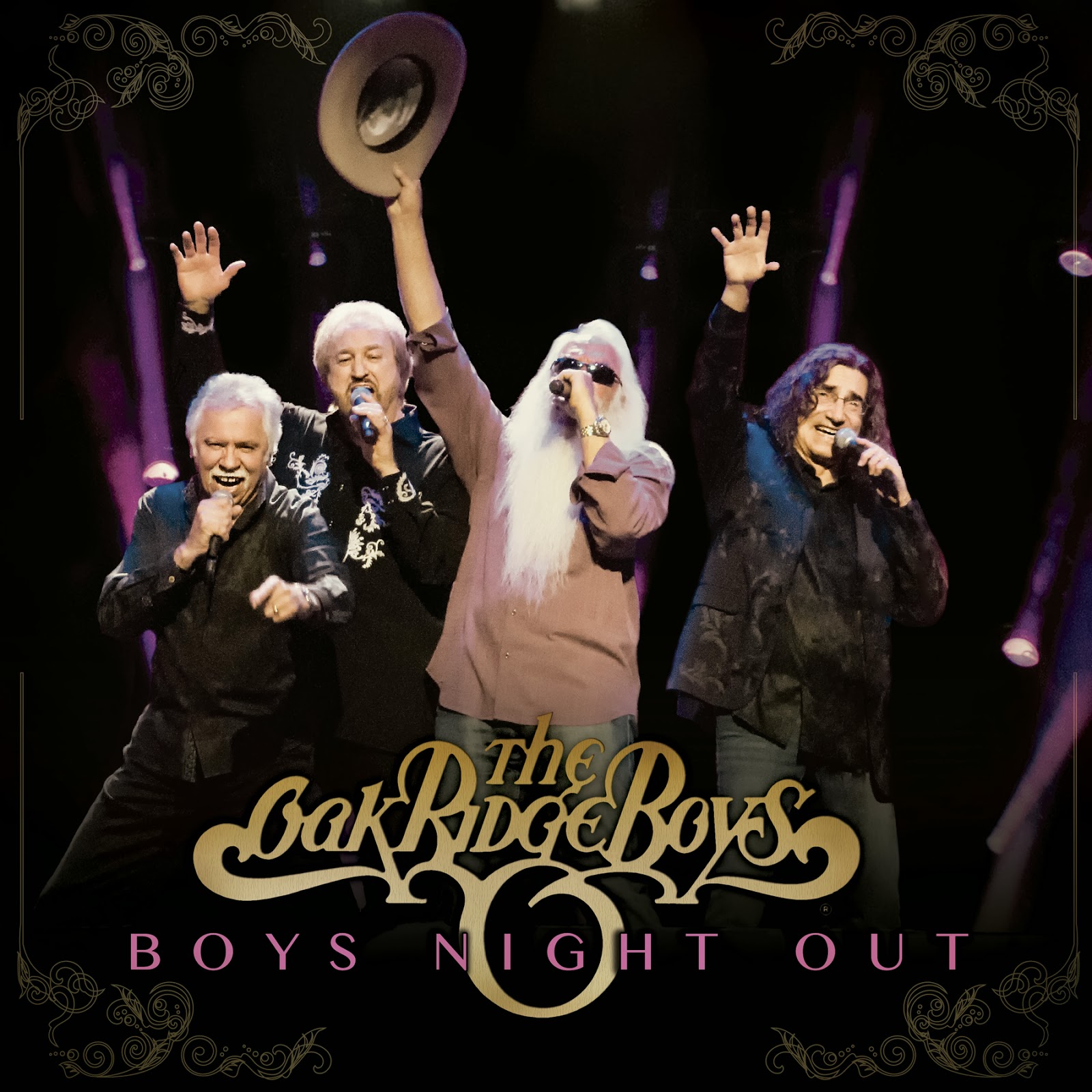 LOS ANGELES, CA. (January 24, 2014) – With a legacy that stretches across 6 decades, encompasses more than 41 million albums sold, and includes numerous iconic hit singles such as “Elvira,” “American Made,” and “Y’all Come Back Saloon,” it’s no wonder that The Oak Ridge Boys are one of the most popular live acts on the circuit today, packing fans in by the thousands and tens of thousands wherever they perform. What is surprising is that the Boys, renowned for their great live shows, have never released a full length, official hits concert album - that is, until now! Cleopatra Records will release Boys Night Out on April 15th, in three formats - CD, vinyl, and digital download - finally giving ORB fans the experience of the group’s well-polished live performance for them to enjoy anytime, anywhere.

To be sure, Oak Ridge Boys fans have been clamoring for a live album of hits for several years now, but as the band explained, “For some reason or another, the time never seemed right.” Then, in early 2013, lead vocalist and producer Duane Allen saw the stars align as the band was able to get its hands on some top quality remote recording equipment, and promptly began capturing performances of their current show dubbed “Boys Night Out.” Night after night, The Oak Ridge Boys wowed audiences across the nation with a set list that packed all of the group’s hit singles and fan favorites into one magnificent celebration. Years of preparation have made such well-loved songs as “You’re The One,” “Thank God For Kids,” and the brilliant “Bobbie Sue” sound even more exhilarating than when they were originally recorded! It might not be quite the same as being there, but it’s thrillingly close!