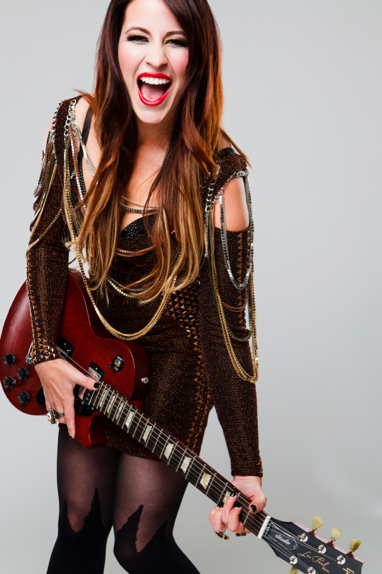 (Nashville, Tennessee...)  - Bigger Picture Group, home to artists Craig Campbell, Lucy Hale, Blackjack Billy and others, recently signed one of Country music's foremost female rockers, Chelsea Bain, and has shipped her new single "Cowboy In A Cadillac." The label will be going for airplay at Music Row stations on February 27, 2014.

"Cowboy In A Cadillac" was produced by Billy Chapin, who also co-wrote the song with Chelsea. The single will be included on her debut album to be released this spring. Chelsea will have a full schedule of interviews and appearances at her first Country Radio Seminar this week.

Chelsea headlined the Coca-Cola Stage at over 40 NASCAR races last year, and her fan base continues to grow with over 227,000 likes on her Facebook page. She made history last August when her "James Dean" music video premiered on the big screens and monitors around the Atlanta Motor Speedway. In addition to performing at NASCAR Camping World Truck races, Nationwide and Sprint Cup races and related events across the country, Chelsea also performed at NHRA races and opened for the likes of Tim McGraw, Brett Eldredge, Lonestar and others.

Posted by LovinLyrics at 4:22 PM