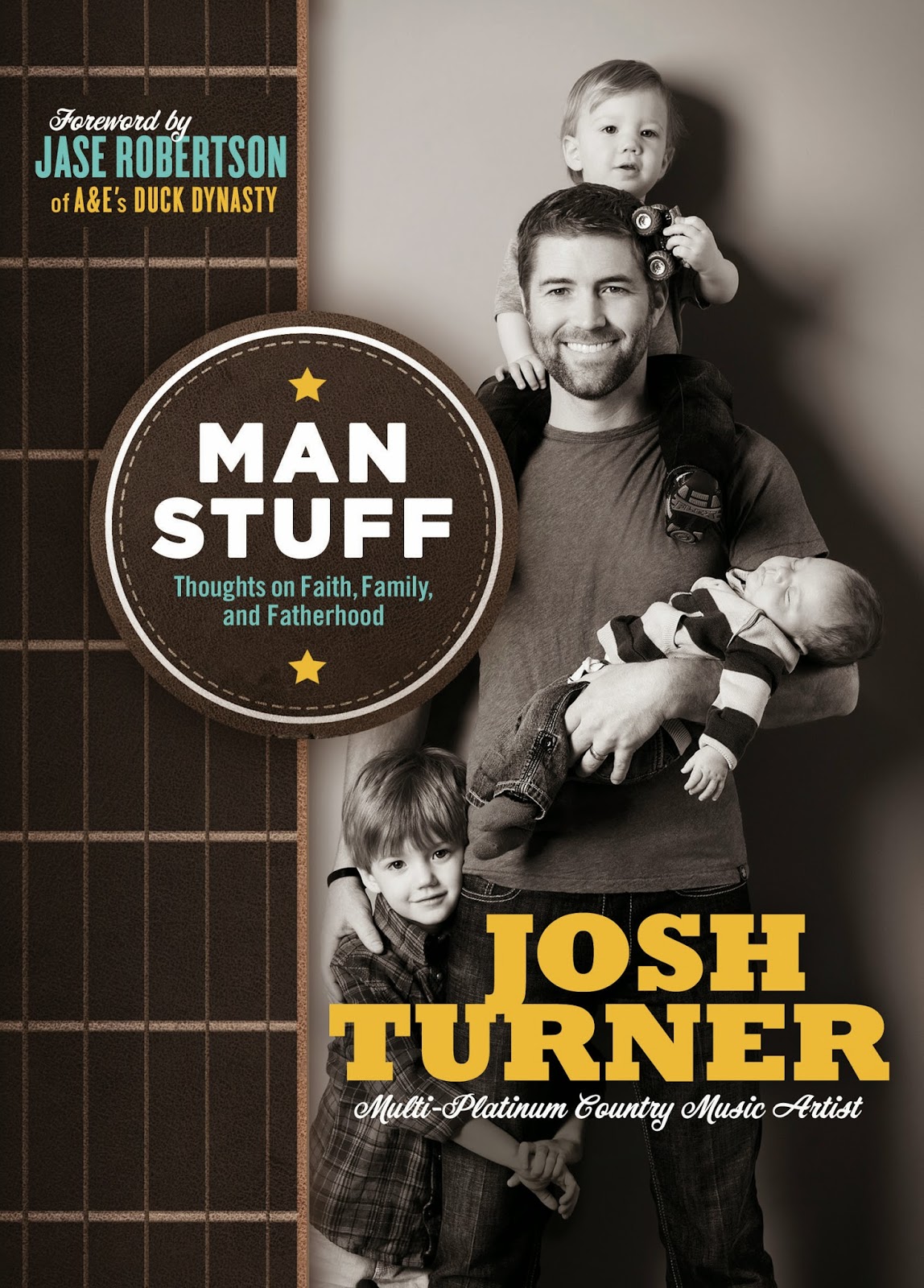 NASHVILLE, Tenn. (Feb. 20, 2014) – Since signing with MCA Nashville in 2003, country music superstar Josh Turner has sold more than five million albums, had four singles climb to the top of the charts, entertained fans with sold-out shows across the country, received numerous award nominations, and was one of the youngest artists asked to join the Grand Ole Opry. Throughout this successful and demanding career, his life has remained strongly centered on his Christian faith and his family. Sharing stories from both his life and lessons he’s learned over the years as a son, brother, friend, husband, and father, Turner has written his first book, Man Stuff: Thoughts on Faith, Family, and Fatherhood, which will be released on April 29 with Thomas Nelson, an imprint of Harper Collins Christian Publishing.

“I was raised in a strong Christian family in a tight-knit community in rural South Carolina,” said Turner in the book’s introduction. “I was taught essential life lessons, like the value of a dollar, what hard work feels like, and how important an education is. I was taught why being thoughtful, respectful, and considerate of others makes life more fulfilling, and why trusting God with your life’s decisions is wise. If all that sounds a little old-fashioned, well, that’s because it is. And I’m okay with that.”

He continues, “In this book you’ll learn a little bit more about how God has shaped and continues to shape me. You’ll also learn about my wife, my boys, and the family I grew up in. I hope you see that the everyday small things in this life really do add up to matter a great deal in the long run. And I hope you’ll smile—even laugh—and gain a little wisdom along the way. Maybe even a lot.”

Jase Robertson, star of A&E’s hit television series Duck Dynasty, will provide the forward for Man Stuff.  Last year, Turner sang a duet with Robertson’s wife Missy on the song “Why I Love Christmas” from the Platinum-certified holiday album, Duck The Halls: A Robertson Family Christmas.

Posted by LovinLyrics at 7:34 PM