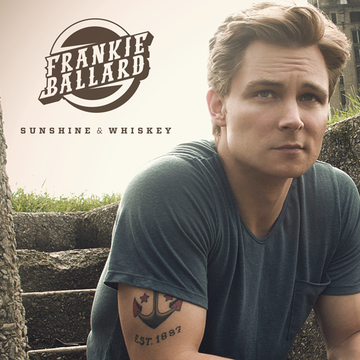 “I've wrenched and wrestled with this album for two years, and now it's time for it to be in the judgement seat. I hope she is met with loving arms,” shares Ballard. “People will learn a lot about me when they listen to this project.”

SUNSHINE & WHISKEY is a stellar 11-song collection, where Ballard laid down guitar parts for every track on the album. The project also includes fan-favorites such as “Young & Crazy” and “Drinky Drink,” along with “It Don’t Take Much,” which Ballard had a hand in writing.

His exhilarating live shows and unique blend of edgy, country rock has garnered the attention of superstars Kenny Chesney, Taylor Swift and Bob Seger, who selected the Battle Creek, Mich. native for coveted opening slots nationwide. This spring, Ballard will be touring across the country with an upcoming show at Nashville’s historic Ryman Auditorium next Tuesday (2/18).

Posted by LovinLyrics at 2:15 PM