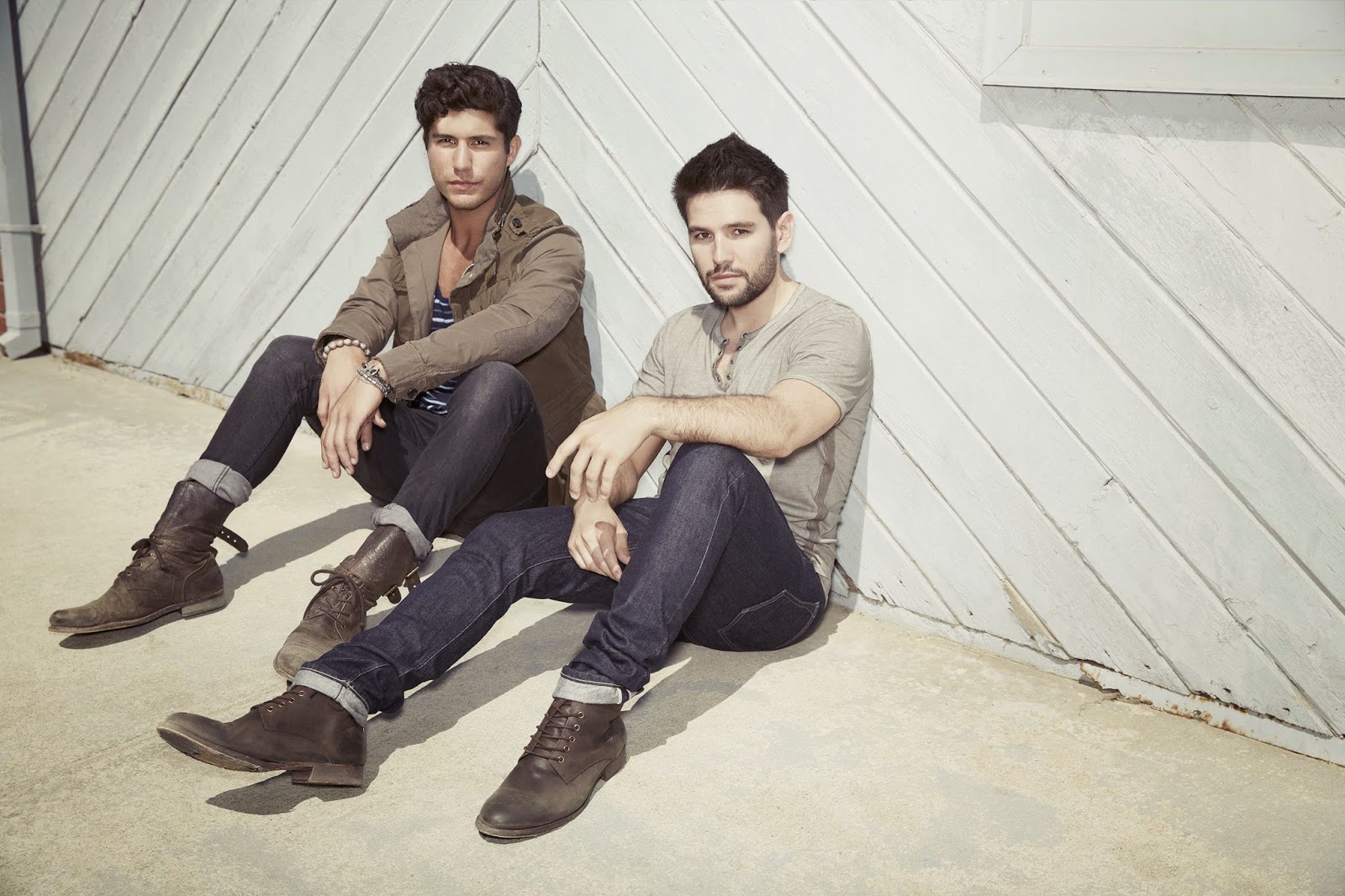 Early in 2013, Dan Smyers threw a party at his place. Among the folks who showed up was Shay Mooney. They’d never met, though both had been drawn to Nashville to take their chances in Country Music. (Smyers grew up in Pittsburgh, while Mooney came from Natural Dam, Ark.) After playing a few tunes together, they decided to try a little co-writing.

Flash forward to 2014. In those few months, they formalized their musical relationship as Dan + Shay; recorded a debut album (produced by Smyers, with Scott Hendricks and Danny Orton co-producing, released by Warner Bros. Records on April 1); surpassed a quarter of a million sales by March for their first single, “19 You + Me”; cut a video for the song, which quickly reached No. 1 on MTV, VH1 and CMT; and, on March 20, hit the road on Hunter Hayes’ “We’re Not Invisible Tour.”

How did they achieve full speed so fast? The secret is their sound. That debut album, Where It All Began, crackles with upbeat young energy. Their vocals suggest a Rascal Flatts influence: emotional, expressive twists on the melody and powerful harmonies over hard rockin’ riffs.

“19 You + Me” reflects their aesthetic perfectly. Written by the duo with Danny Orton, the lyrics outline nostalgic images of a summer romance. Yes, it is commercial, but it’s also impeccably done, with the passion and flair for drama that Country stardom demands. Undoubtedly, they’ll cover even more ground in the year to come.


IN THEIR OWN WORDS

DAN: “Dave Grohl.  I can't wait to hear the music he makes with Zac Brown Band.”