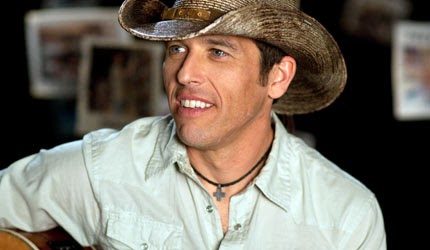 It was 2009 when Sean Patrick McGraw's blue-collar ballad "Dollar Ain't Worth a Dime" was overheard by a CMT executive and began a snowball effect of accomplishments that is still rolling to this day.

The network launched the "honky-tonk poet's" music video that was thrown into their regular cycle of playtime. Buzz began to grow, and just as McGraw was about to play in the basement of a bar for a crowd of 50, he was called to fill a last minute slot in California's country music festival, Stagecoach, to play for 50,000. To rave reviews.

The accolades piled up one-by-one. Off of his performance at Stagecoach, McGraw was asked to open for Toby Keith on his "America's Toughest" tour. One date turned into two, and two turned into twenty-six. Twenty-six gigs turned into one on Jimmy Kimmel Live, which turned into endorsement after endorsement, including Jagermeister, Budweiser, Harley Footwear, Fender, George Roth, Summit Hotels, and Condom One. Which led him to tour with Trace Adkins and Eric Church.

His music has appeared on the HBO series "True Blood" and has been called "The greatest undiscovered talent in country music." McGraw is set to release his seventh studio album, "Hard Way to Make an Easy Living" in 2014, including the hit single "I'm That Guy". Check out the brand new video for the song!

Posted by LovinLyrics at 7:28 PM