"’Drivin' You Outta My Mind’ showcases LiveWire's potential for stardom even more than any of their earlier hits. The capacity to follow in Zac Brown Band's indie band success is there for the taking.”
– Matt Bjorke, Roughstock 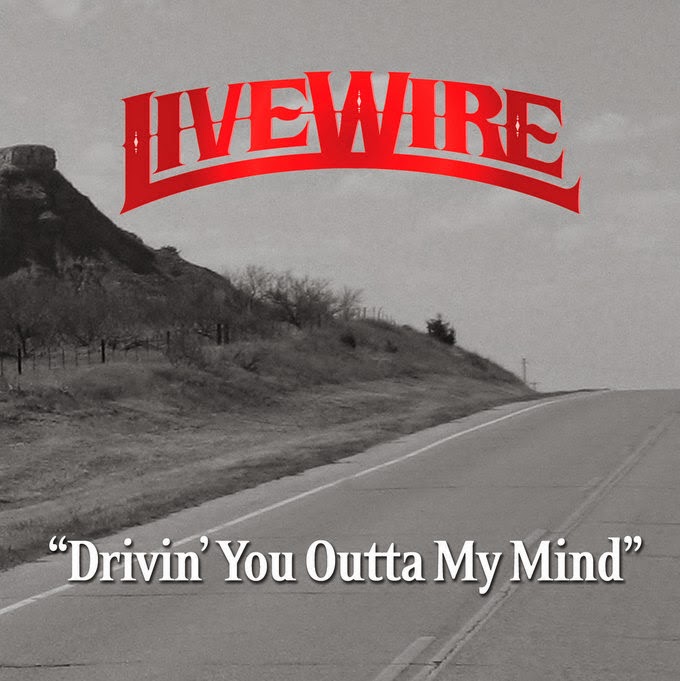 A driving rock beat, burning guitar riffs, haunting pedal steel guitar, impressive fiddle solo and intensely passionate vocals are all hallmarks of “Drivin’ You Outta My Mind,” LiveWire’s much-anticipated follow-up to “Whiskey Sunday,” the band’s 2013 single which made an impressive run on Music Row, Texas Music Chart, and the Texas Regional Radio Report. The momentum earned LiveWire a nomination for “New Duo/Band/Group of the Year” at the 2014 Texas Regional Radio Music Awards.

From the opening tremolo guitar riffs of “Drivin’ You Outta My Mind,” the mood is set to transport the listener on a wild ride through the wide open West.  As lead singer Andy Eutsler begins the narrative, the kick drum pounds as he grabs gears and speeds down the open road. The melancholy and haunting undertone is highlighted as he listens to the radio while “the DJ is pumpin’ one more ‘over-you-and-leavin’-tune.’”  Then all hell breaks loose and the intensity builds as he crosses the Texas/Oklahoma line and shouts “I ain’t thinkin’ ‘bout you Baby and all I’m leavin’ behind!” He hopes the fast car will carry him away from the relationship-gone-bad and the demons from his past - even though he knows that it may be a futile attempt to mend his broken heart; “I’m tryin’ to get ahead of somethin,’ that always seems to catch me with time. Your memory’s faster than the lightnin’ striking,’ but I’m still burnin’ down those mile marker signs, drivin’ you outta my mind.”

The single is available on iTunes now - Download Here
Posted by LovinLyrics at 7:52 PM