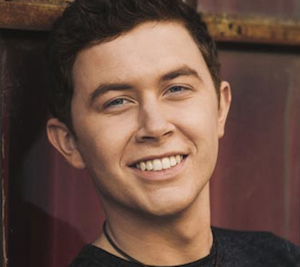 The break-in occurred before 2 a.m. when the three gunmen forced entry into the apartment at Wolftech Lane in Raleigh, N.C. Those inside, including McCreery, were not hurt, but some lost cell phones and wallets. Police are not certain if the apartment was specifically targeted by the gunmen.

Posted by LovinLyrics at 1:44 PM