Lead Single from Upcoming Project Celebrates How We Live 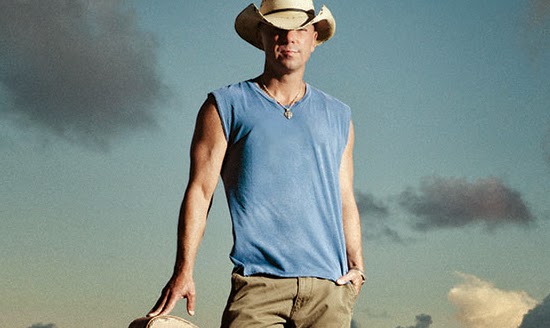 NASHVILLE, Tenn. (Tuesday, June 10, 2014) Kenny Chesney knew – when he took a year off – when he came back, he wanted his music to hit a whole new level; but he also wanted to make sure he was speaking to the people who have always invested their lives in his music. The result? “American Kids,” a multi-tempo celebration of the spirit of young America that packs not one, but two hooks and an innovative lyrical scan.

“When I heard it, I knew I was gonna cut it,” says the man whose won 4 consecutive Academy of Country Music and 4 Country Music Association Entertainer of the Year Awards. “It was unlike anything I’d ever heard – and I listen to a lot of songs. The rhythms, the images, the way the melody moved... It just grabs you and holds on, but even more importantly, it feels really good.”

Written by Rodney Clawson, Luke Laird and Shane McAnally, Chesney heard the song on a writing trip with McAnally, whose also written Chesney’s #1s “Come Over” and “Somewhere With You.” While evoking iconics of a certain generation, the song also embraces the in-the-moment lifestyle of today’s teens and 20-somethings with complete abandon. And with a chorus that contains the line – “a little messed up, but we’re all alright” -- Chesney once again brings the indomitability of the human spirit to the forefront.

“Hey, life is hard,” Chesney says. “People work long hours, have all kinds of stuff going on in their personal lives. But if there’s one thing I’ve seen over the last ten years, looking out at the faces in the crowd: you can’t keep my fans down. These are people who no matter what are in love with life, and they’re gonna find the good times no matter what.

“It’s not a perfect world. We are all a little screwed up, but we’re all okay. I love the idea of the screw up as part of it, because honestly it makes the parts that’re great, that much better. You appreciate those things that much more.”

"American Kids," which ships to radio on June 20, will be available for purchase at digital retail on Monday, June 23.

Again co-producing with Buddy Cannon, Chesney is putting the finishing touches on his 16th studio release. With an emphasis on great songs, pushing the boundaries without betraying who he is, the man deemed “The King of the Road” by The Wall Street Journal is looking forward to playing a lot of the new songs on the road in 2015.