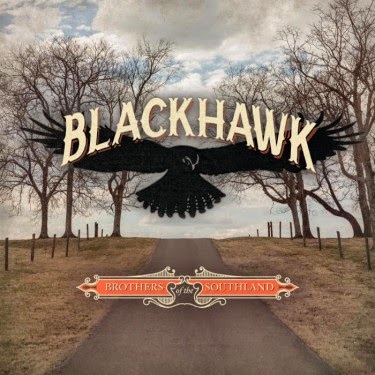 Lead singers Henry Paul and Dave Robbin provide a vocal uniqueness that drawls the listener in with the opening lyrics. However, the real treat comes in the verses that follow and pay tribute to some legends and heavy hitters of the southern rock genre. These are men that stood tall and stood true as brothers that shaped this style of music.

Songs that give tribute are important. They not only serve the purpose of recognizing the efforts and the inspirations of those that blazed an a earlier path, but also potentially introduce the honorees to another generation of fans.

Blackhawk, with their "Brothers of the the Southland”, bear witness to the great band members from The Marshall Tucker Band, Lynyrd Skynyrd, The Allman Brothers and The Outlaws. For this, we owe them our gratitude and, if nothing else, a respectful tip of our hat.


The new cd is available for PRE-ORDER on both iTunes and Amazon with an expected release date of July 8, 2014.