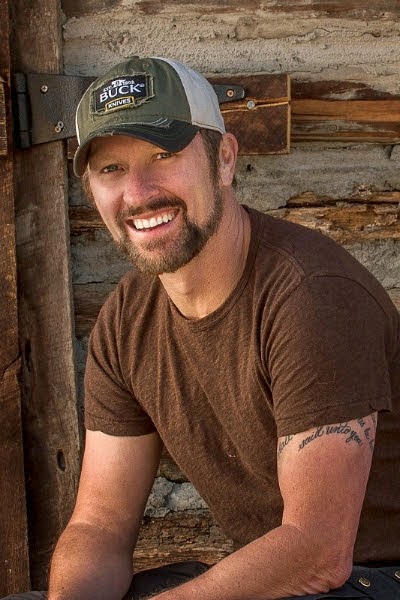 CHICAGO, ILLINOIS – July 10, 2014 – The Spirit of Blue Foundation is proud to announce that country music star Craig Morgan has been named its national celebrity spokesperson. In that capacity, Craig Morgan will appear in a new public service announcement, perform and speak at select events across the country and will spread the word about Spirit of Blue’s work as he tours.

“Our law enforcement officers put their lives on the line each and every day to keep us safe,” shared Craig Morgan. “I’m honored to be joining Spirit of Blue to help bring attention to their sacrifices and how we can help protect our men and women in blue.”

In addition to his 14 top-ten hits on the country music charts, and membership in the Grand Ole Opry, Morgan has a rich history of service to his country and community. Prior to becoming a county music star, Morgan’s working-man resume' included taking on work as an EMT, a contractor, a sheriff's deputy, and a Wal-Mart assistant dairy manager. Additionally, he is extremely proud of his nearly two decades of service in the U.S. Army and Army Reserves, serving well into his music career. Morgan continues to serve as a Reserve Sheriff’s Deputy with an agency in middle Tennessee.

“What makes Craig the perfect spokesperson is his big heart for those who serve in law enforcement, and the fact that he served as a deputy sheriff himself. He knows the joys, struggles and safety concerns that go along with the job,” commented Ryan T. Smith, Executive Director of the Spirit of Blue Foundation. “It doesn’t hurt that he is also a great musician.”

Morgan’s first opportunity as a celebrity spokesperson will come with the promotion of his August 19th performance at the Grand Ole Opry during a law enforcement appreciation segment of the show. In addition to performing, he will lead the law enforcement tribute as attending officers are honored and the Spirit of Blue awards safety grants to Nashville-area agencies. A national sweepstakes, the Grand Ole Opry Getaway, allows fans from across America to enter to win a trip to attend the event – go to Spiritofbluesweeps.com to enter or purchase tickets for the show at Opry.com. The Grand Ole Opry will donate $5.00 to Spirit of Blue for every ticket purchased using the promo code “SAFETY”.

2014 statistics preliminarily released by the National Law Enforcement Officers Memorial Fund show that 68 law enforcement officers have already lost their lives this year, an increase of 31% from the same period in the prior year. The reality of these statistics, and the increasing number of underfunded law enforcement agencies across the country, fuel the Spirit of Blue safety grant initiative.

About The Spirit of Blue Foundation

The Spirit of Blue Foundation, based out of Chicago, IL, is a 501(c)(3) public charity dedicated to the enhancement of officer safety and vitality throughout the law enforcement community by promoting public awareness for their protection and fulfilling safety equipment and training needs. The Spirit of Blue Foundation develops and executes fundraising campaigns nationally with the support of partner non-profits, national retailers and private equipment manufacturers. Fundraising proceeds are distributed in the form of Safety Equipment Grants to law enforcement agencies from local to federal levels.

Posted by LovinLyrics at 7:53 PM