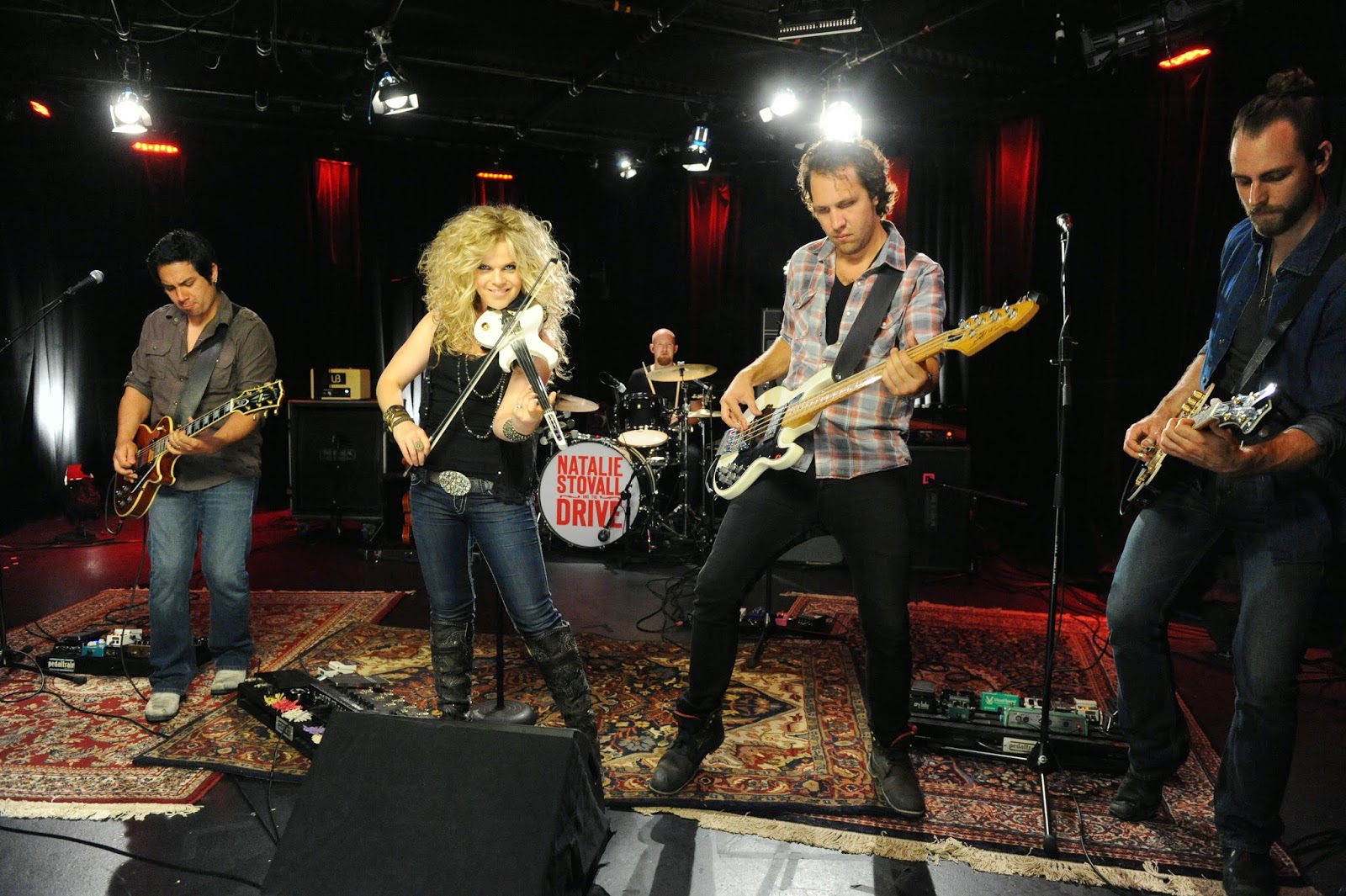 Nashville, Tenn. – July 9, 2014 – During a recent trip to Los Angeles, Natalie Stovall and The Drive stopped by the Yahoo Music studios to perform their debut single “Baby Come On With It” and sit down for an exclusive interview.  The segment debuts today, Wednesday, July 9th at 10am PT and can be found HERE.

Natalie Stovall and The Drive, who just returned from their sixth trip overseas to entertain Soldiers, Sailors, Airmen, and Marines serving abroad with the U.S. Navy, has been named “Artist to Watch in 2014” by: Country Weekly, Billboard, Taste Of Country, Roughstock, Digital Journal, Music Times, and more. This summer, People included the band in their “Hey, Country Radio! Here are Six Women Whose Music You Should Be Playing” List and Rolling Stone proclaimed them a "Must-See Act at CMA Music Fest."  The critically acclaimed band’s debut album, produced by GRAMMY winner Paul Worley (The Band Perry, Dixie Chicks, Lady Antebellum), is expected to release this year on HitShop Records. The lead track, “Baby Come On With It,” and an EP are available now at iTunes.  The official music video for the song is available HERE.
Posted by LovinLyrics at 2:08 PM