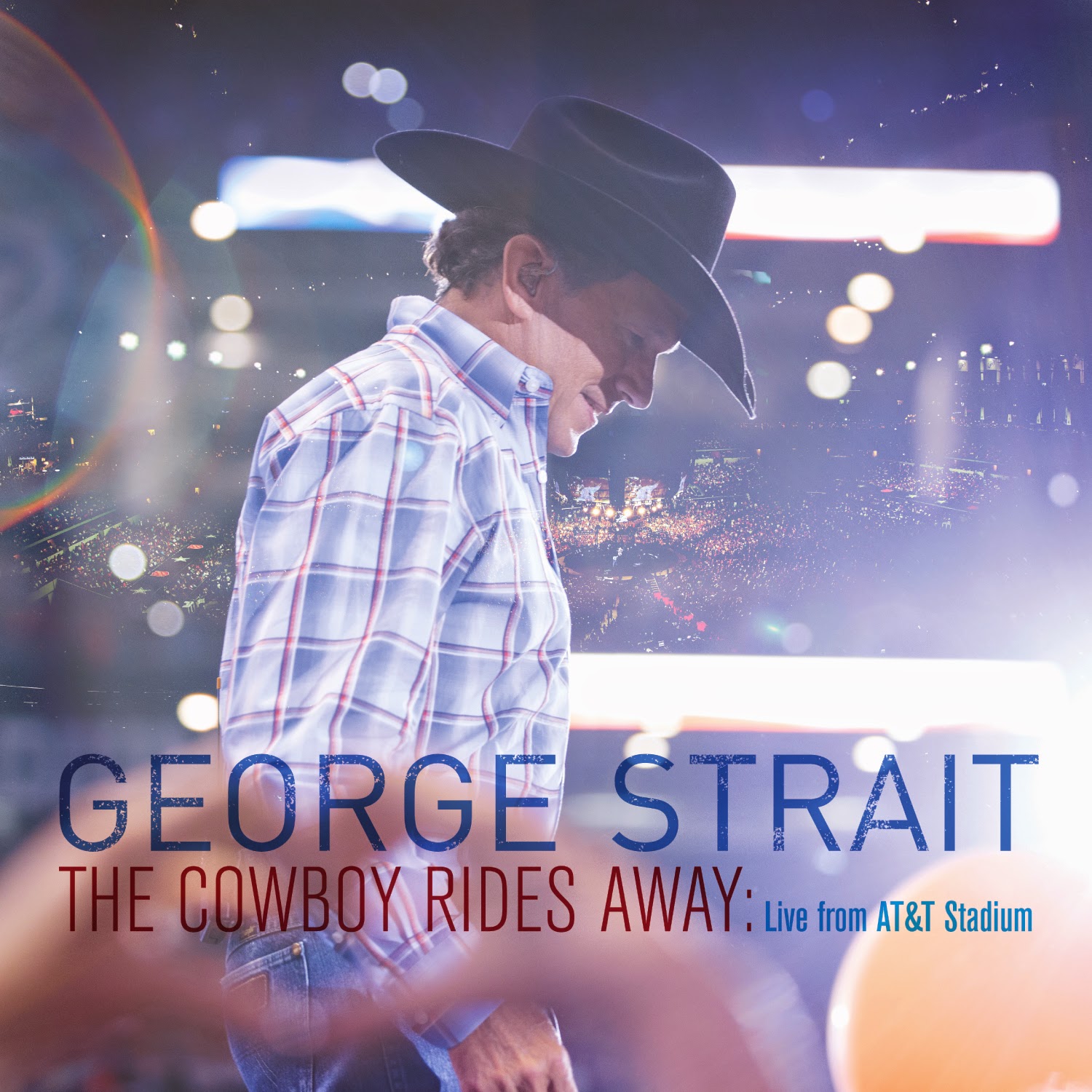 The undisputed “King of Country Music” and reigning ACM and CMA Entertainer of the Year performed for over 1 million fans during his two-year, record-breaking, final U.S. tour. The Cowboy Rides Away: Live From AT&T Stadium epitomizes the energy and shared emotion largely thanks to a Texas-sized crowd of nearly 105,000.  Equally prevalent on the album is Strait’s sentimentality and immense gratitude for his legion of fans.

The Cowboy Rides Away: Live From AT&T Stadium Track Listing:

1.  Check Yes Or No
2.  The Love Bug (with Vince Gill)
3.  Fool Hearted Memory (with Jason Aldean)
4.  Arkansas Dave (with Bubba Strait)
5.  Cowboys Like Us (with Eric Church)
6.  That’s What Breaking Hearts Do
7.  Marina Del Rey
8.  Here For A Good Time (with Sheryl Crow)
9.  I Can Still Make Cheyenne
10. Jackson (with Martina McBride)
11. A Showman’s Life (with Faith Hill)
12. Murder On Music Row (with Alan Jackson)
13. The Chair
14. Give It All We Got Tonight
15. Run (with Miranda Lambert)
16. I'll Always Remember You
17. Ocean Front Property (with Kenny Chesney)
18. Troubadour
19. All My Ex’s Live In Texas (with Jason Aldean, Ray Benson, Kenny Chesney, Eric Church, Sheryl Crow,
Vince Gill, Faith Hill, Alan Jackson, Miranda Lambert, Martina McBride)
20. The Cowboy Rides Away