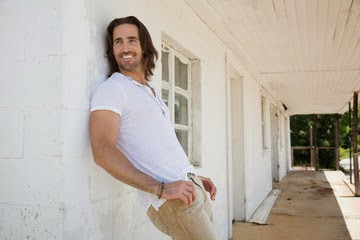 Nashville, TN (August 12, 2014) – Country star Jake Owen released his emotional new single “What We Ain’t Got” to Country radio nationwide yesterday (8/11). Written by Travis Jerome Goff and Travis Meadows, the song is a wistful ballad about longing for something that is out of reach and showcases his remarkable voice.

When Jake made the leap to Nashville, he came to town to pursue songwriting. The first time he heard “What We Ain’t Got” it resonated with him on every level and he knew that he had to record it.

“For me, there is a lot in my life that I have, and more that I really want, and sometimes that’s good and sometimes that’s not so good. People relate to that on many levels, whether it’s in their marriage or in their business. This song can be a mirror to people’s lives,” shares Jake. “Seeing the fans overwhelming emotional reaction when we play it every night on the road, I knew this had to be my next song.”

Music critics are also connecting with this fresh offering of love and loss:

“His aching delivery of its lovelorn lyric is right on the money.” – MUSIC ROW

“A ballad about pining for things outside our grasp, the song showcases Owen's voice, with just a plaintive piano backing him up.” – ROLLING STONE

“A powerful ballad sung with raw honesty and heartbreaking soul.” – TASTE OF COUNTRY

The compelling tune is the #1 most added single with 67 first week stations this week and last Tuesday (8/5), Jake performed the song on ABC’s Jimmy Kimmel Live! Watch here.

“What We Ain’t Got” is featured on his latest album DAYS OF GOLD, which also includes the lively fan-favorite “Days of Gold” and infectious summer anthem “Beachin’.” The RCA Nashville project is the follow up to the GOLD-certified BAREFOOT BLUE JEAN NIGHT album, which has sold well over 5 million tracks.

Jake has ascended to one of Country music’s leading male vocalists with five #1 smashes – GOLD-certified hits “The One That Got Away,” “Anywhere with You,” PLATINUM-certified “Alone with You,” “Beachin’” and 2X PLATINUM “Barefoot Blue Jean Night.”

Previously taking home ACA and ACM Awards, the Vero Beach, Fla., native is currently on the road with his major nationwide headlining run—JAKE OWEN’S DAYS OF GOLD TOUR 2014. Presented by Discover Boating, the sizzling tour covers 75-plus cities and Saturday night (8/9) stopped at the Mandalay Bay Beach in Las Vegas for a sold-out show for over 4,000 fans.

Posted by LovinLyrics at 4:25 PM