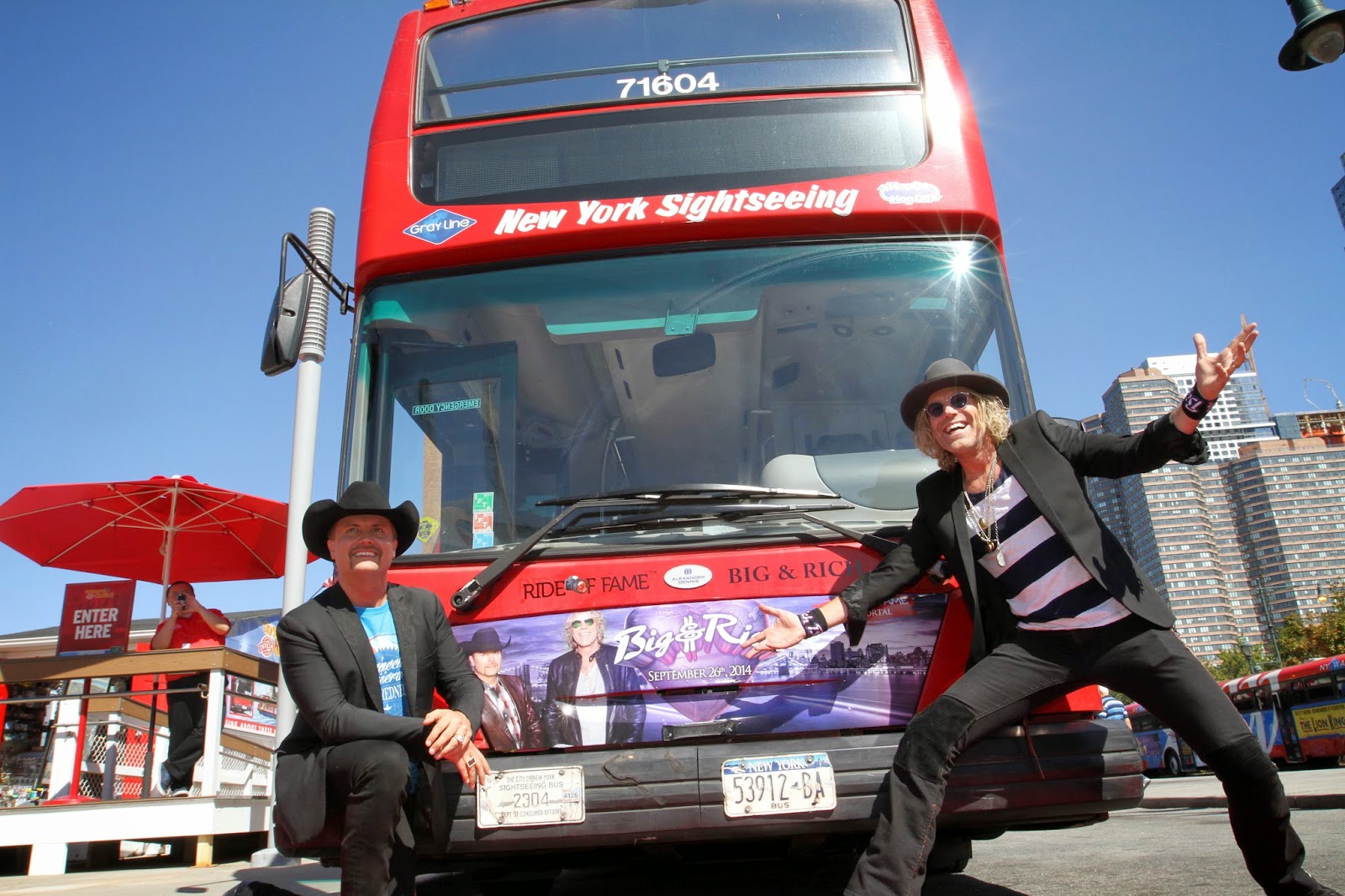 NEW YORK, NY (October 6, 2014) – Big & Rich return to New York City on Wednesday, October 8, to perform on The Tonight Show starring Jimmy Fallon as they head into a third straight week of network TV appearances. The duo will perform their current single, “Look At You,” from their new hit album, Gravity (Big$Rich Records).

In addition, Big & Rich most recently were honored in New York City when Gray Line New York inducted Big & Rich into the “Ride of Fame.” As the first country artists to receive this honor, Big & Rich were presented with a personal decal which is permanently applied to the front of a red double-decker tourist bus as well as a personalized seat on the top. The Ride of Fame is a series of mobile monuments in New York City honoring public figures for being exemplary New Yorkers who have represented the city in a positive light over the course of their life.

Other national broadcast rounds for this week include appearances by John Rich on the Fox News show, Outnumbered. It is part of a non-stop promotional tour of interviews and performances in New York City and Los Angeles as Big Kenny and John Rich celebrate 10 years of hit-making music. Recent appearances have included stops at The Today Show, The Chew, The Queen Latifah Show, The Better Show, Imus in the Morning, Huckabee, and Larry King Now among others.

6. Run Away With You

9. That Kind of Town