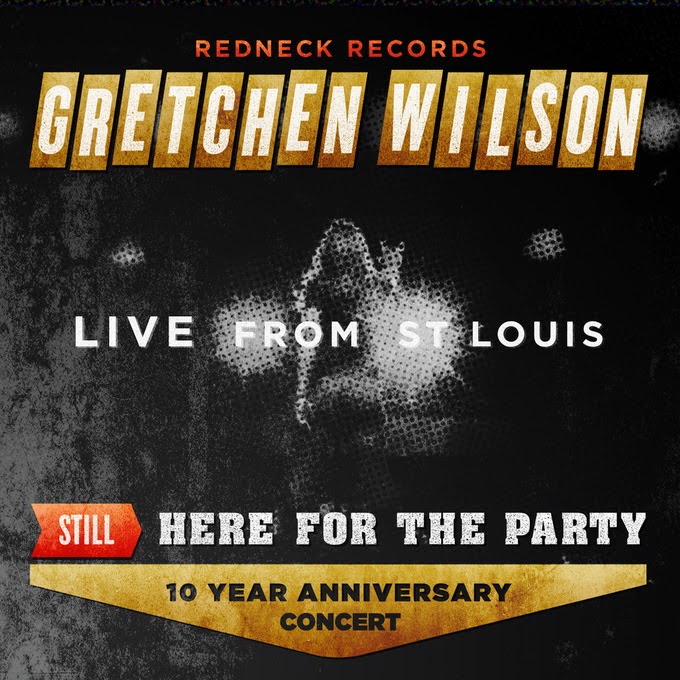 Ten years ago, Gretchen Wilson celebrated the release of her record-setting Here For The Party CD with hundreds of her closest friends at the St. Louis nightclub The Pageant. Gretchen and her band recently returned to the famous venue to record the groundbreaking album in its entirety, and the live STILL Here For The Party CD and Blu-ray/DVD are set for release on October 27th.

"It's hard to believe this rocket ship took off 10 years ago," said Gretchen. "So many people - from current and former band members, label folks, artists and songwriters I've worked with - came together to make this very special project happen."

The concert was filmed in HD and recorded on multi-track audio. The CD and Blu-ray/DVD include the 10 original songs on Here For The Party plus two bonus tracks. The Blu-ray/DVD also contains priceless interviews and outtakes from label executives, managers, artists and others who witnessed firsthand Gretchen's meteoric rise to stardom.

The rousing song, "Chariot," which includes a guest vocal appearance by Gretchen's daughter Grace, will be shipped to radio. The corresponding music video, pulled from the STILL Here For The Party concert, debuted on CMT on October 6th.