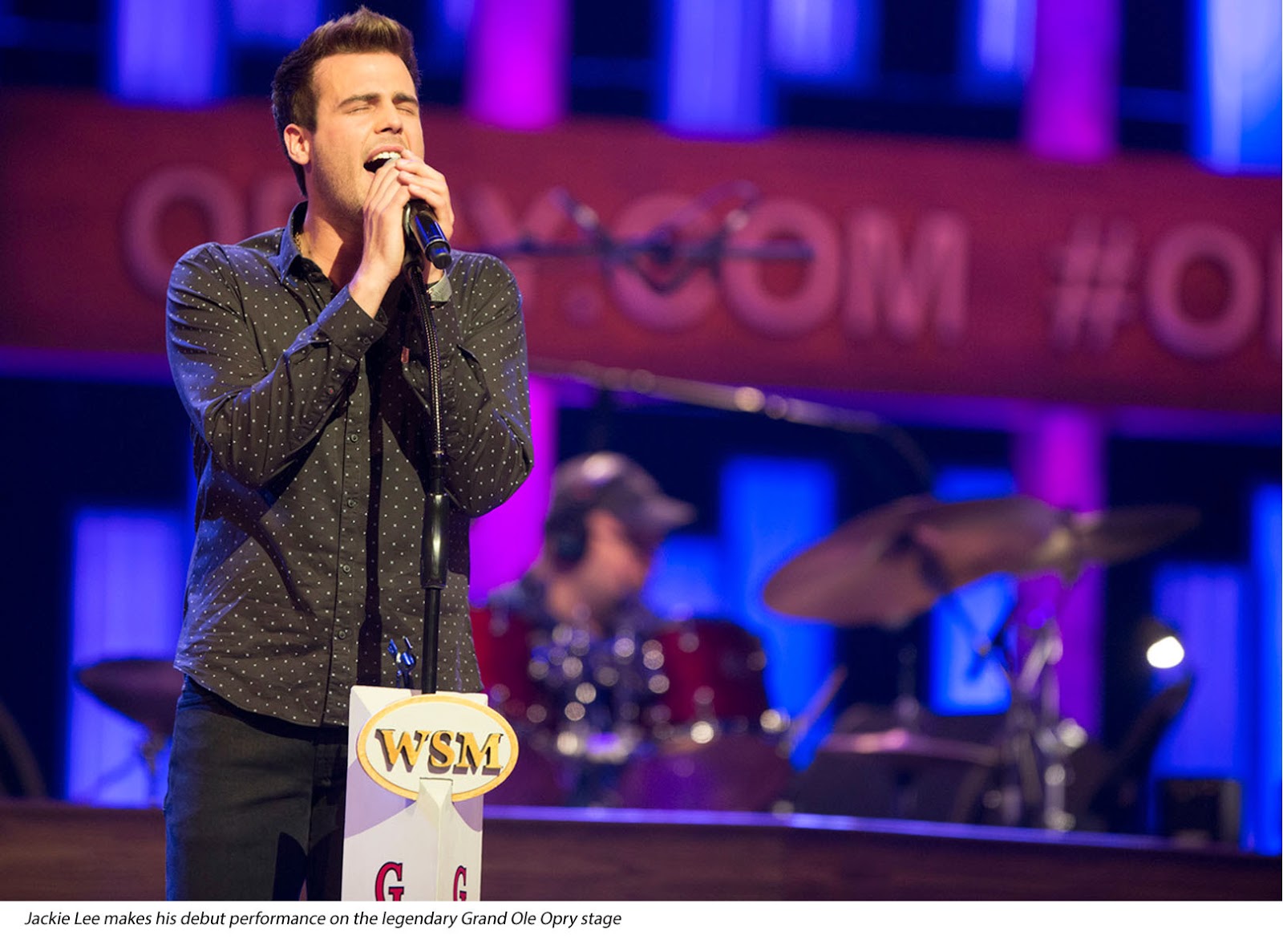 “That moment was so much greater than myself,” explains Jackie. “I was humbled to stand in the same circle as the legends that put the love of country music in my soul.”

Jackie performed three songs in the legendary hallowed circle, including his Most-Added debut single, “She Does,” the riveting ballad “First Girl” and crowd-pleaser “Driveway” for a sold-out audience on a bill that also featured Opry members Bill Anderson and Connie Smith, Brett Eldredge, Easton Corbin, country legend Marty Stuart and international superstars Rascal Flatts. Jackie’s entire family was in attendance for the special occasion, and his dad, Jack Midkiff, was able to share the experience alongside him playing keys on the performance.

The Broken Bow recording artist rounded out the monumental week by celebrating his 23rd birthday on Thursday, Oct. 2, making his Opry debut even more meaningful. Jackie has been busy crisscrossing the U.S. on his radio tour. He was recently lauded as a Billboard “Tomorrow’s Hits” artist.