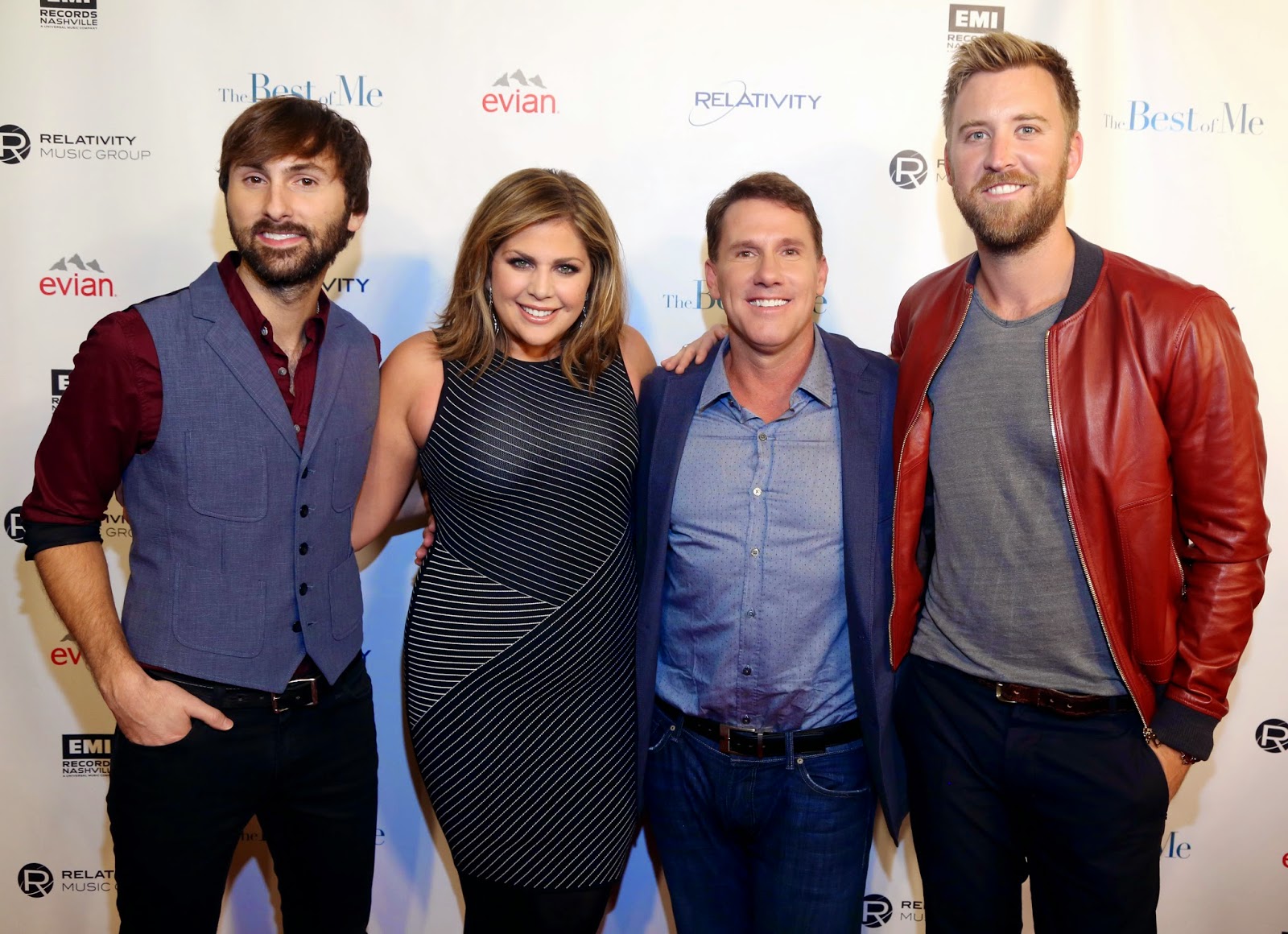 Nashville, Tennessee…October 10, 2014…Grammy-Award winning trio Lady Antebellum treated fans of the upcoming movie, THE BEST OF ME, to a special concert event last night at the Country Music Hall of Fame and Museum in Nashville, Tennessee. They were joined on stage by host Bobby Bones and other artists featured on the just released soundtrack, SHEL with Gareth Dunlop, Thomas Rhett, and Colbie Caillat, and photos are now available to download! Relativity Studios' new romantic drama - based on the best-selling novel by Nicholas Sparks - stars Michelle Monaghan, James Marsden, Luke Bracey and Liana Liberato. Check out the photos from last night's event NOW to see Lady Antebellum, Nicholas Sparks, filmmaker Michael Hoffman and other friends celebrate THE BEST OF ME in the home of country music's finest!

Posted by LovinLyrics at 2:21 PM