KENNY CHESNEY TO DEBUT VIDEOS THIS MONTH ON CMT 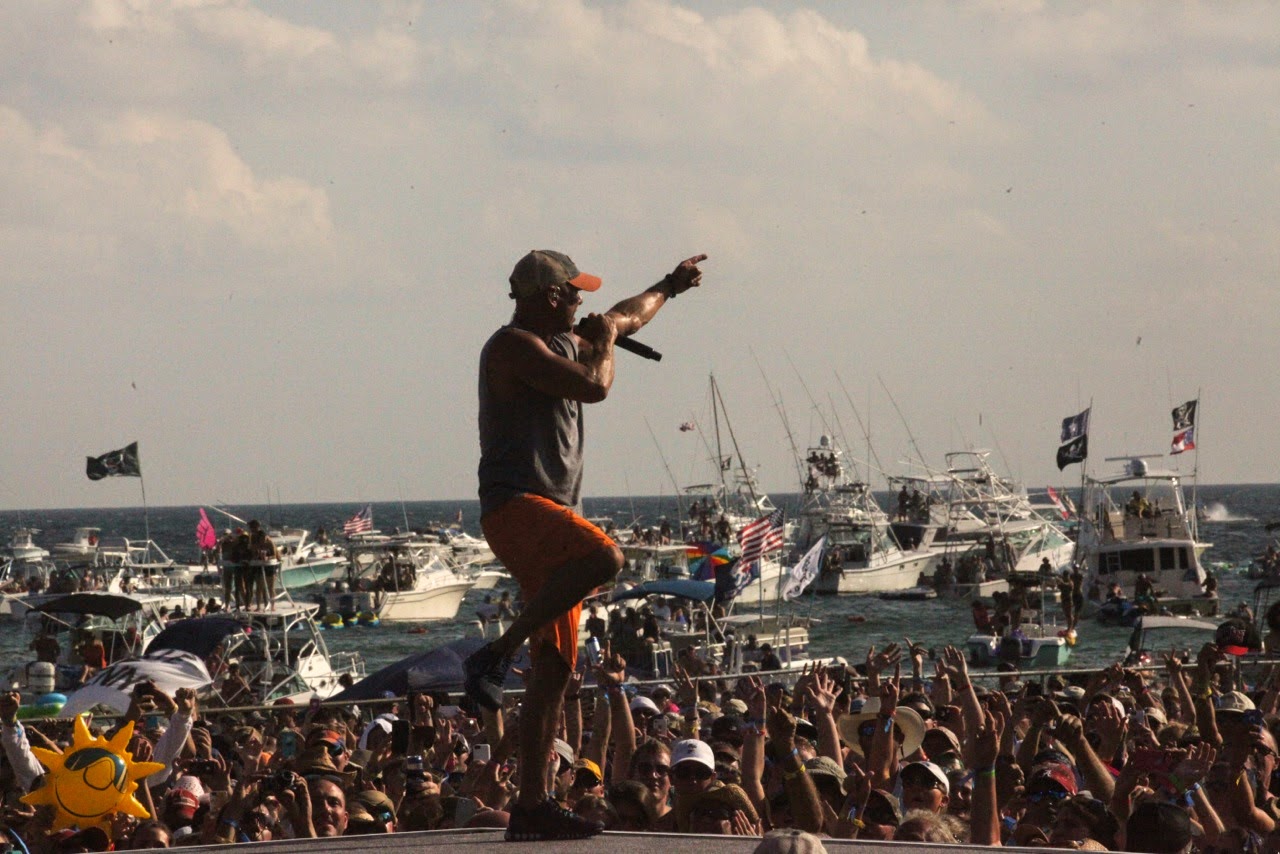 When Kenny Chesney decided to play one show in 2014, he wanted it to count. Not just to reconnect with his fans but to road-test the songs he’d spent the year turning into The Big Revival, his 13th #1 Country Album Chart debut.

With over 40,000 people on the beach, in the parking garages, inhabiting a flotilla that included shrimp boats, yachts, inflatables, skidoos and a pirate ship, it was a moment you wouldn’t want to forget. For Kenny Chesney, who had a film crew on hand, the Flora-Bama-Jama turned into not just a keepsake for the people involved, but a broadcast quality proposition that he’s able to share with the fans.

“During the soundchecks, I knew this was one of those times... I knew we were gonna want to have the memory forever,” Chesney explains. “But I didn’t know it was going to turn out the way that it did. Over 40,000 from New Hampshire, Alaska, Texas and all over made their way to the Alabama-Florida line on very short notice; for everyone who wanted to come and couldn’t get a wrist band... or sort out their schedules... this is for you!”

On November 7, CMT and CMT Pure will begin exclusively airing the clip for “Flora-Bama,” a song Chesney wrote with David Lee Murphy celebrating the way time suspends at the storied package store/lounge on the beach. Then November 14 “Kenny Chesney: Live from Flora-Bama” will debut at 10 p.m. ET and re-air November 16 and at 9 a.m. ET. Additional airings across CMT’s platforms – online, Pure, Video on Demand and Palladia – are being scheduled.

“I always thought ‘Flora-Bama’ was one of those songs people will know and sing, live and breathe whether it’s a single or not,” Chesney allows. “I’ve been told ‘Sweet Home Alabama’ wasn’t a single, either, but everyone knows it. To me, you honor that... I mean, when those people kicked in and started singing ‘Flora-Bama’ back to me there on the beach, which hit me in the heart. So... unconventional? Yes. But worth doing? Absolutely.”

Chesney’s 32-song set lasted two and a half hours. The show’s the best of that near perfect Gulf Coast evening. With the laidback energy of being on the water set off by the full production from his stadium staging, Chesney and the No Shoes Nation were in rare form.

With his platinum-certified “American Kids” having spent two weeks at #1 and “Til It’s Gone” hitting the Billboard Country Charts at #18 on add date, Chesney’s The Big Revival is striking a chord. As he gears up for his 55 date tour of the same name, Billboard has a cover story about the man The Wall Street Journal called “The King of the Road” for their annual Touring Conference issue, hitting newsstands Nov. 14.

“For a year off, I’ve been plenty busy. I love that the fans who weren’t able to be there get to share the Flora-Bama-Jama with us. Until we get back out on the road in 2015, it’s the next best thing – and a helluva good time was had by all. Now you can join in, too.”