WAY BACK WHEN WEDNESDAY - "RAMBLIN' MAN" - THE ALLMAN BROTHERS BAND 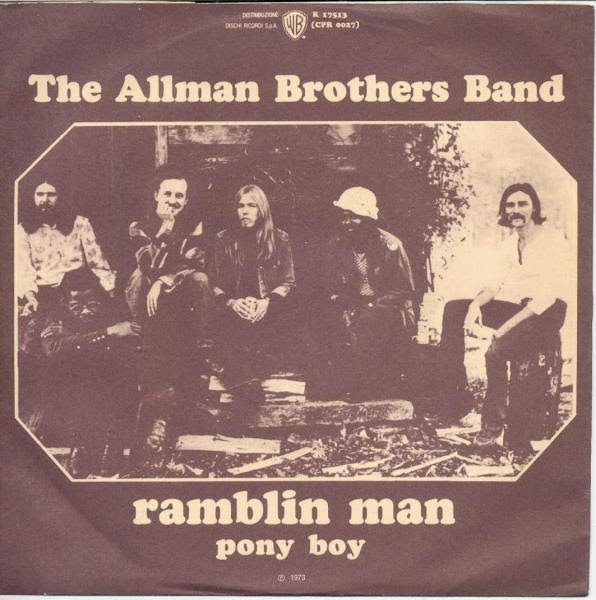 What I love about country music is the way that it’s always been touched by other genres but managed to hold its own distinctive flavor throughout. You have artists that are inspired by rock, southern rock, pop at the time, older country, newer country, inspiration is drawn from all eras and genres to create the country sound we love so much. That’s why for this “Way Back When Wednesday” “Ramblin’ Man” by The Allman Brothers Band was chosen.

When you look up what it’s classified as, country is not listed. It’s listed as rock and roll, rock or southern rock. The Allman Brothers Band themselves are cited as “Blending rock, blues, country, and jazz, the godfathers of Southern rock in all its wild, woolly glory” according to Bruce Eder at Allmusic - an apt description if ever I’ve heard one. However, when you hear the Allman Brothers, who are famous for a great many things, inside the country world and out, you don’t think “Oh that’s not country” you think “Oh wow, I can see how this inspired so many of my favorite country singers and how their influences are enmeshed into songs today.” Up and down Broadway, in honky-tonks, bars and theatres everywhere, you can hear artists plying their craft. A note here, a strum there, the hints of Allman, Skynyrd and Creedence is almost something you can physically see. As the fluidity of genre definition floats about, moving from Venn diagram to Venn diagram, it is so interesting to see the effect that it has had on the music we hear today. True, the Allman Brothers were never branded with a fire-hot “COUNTRY” iron, not as well-defined within the genre as the legacy of Jennings, Jones and Hagard. But if you ask many a country singer today, chances are the Allman Brothers or someone like them will have been an influence. Not only are the Allman Brothers a fantastic band, their stories resonate so well within the country cosm and outside of it. “Ramblin Man” is about a gypsy soul, a man who can’t stay in one place too long. He’s got to travel, to explore, to live! Loves who he’s with when he’s there but when the time comes for living, he’s got to go. Born a ramblin’ soul, it’s in his blood more than picket fence ever was. The chorus says it all

Untold country songs have been inspired by this mentality and this song. The lifestyle of a “Ramblin’ Man” never sounded so alluring.

Posted by LovinLyrics at 7:25 PM