CLARK HITS THE ROAD WITH ALAN JACKSON ON JANUARY 8 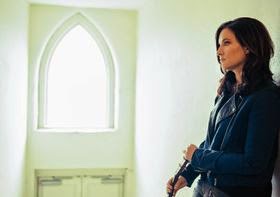 Burbank, CA — (January 6, 2014) — Nashville-based singer and songwriter Brandy Clark is gearing up for an exciting 2015, starting off the year with two GRAMMY Award nominations for Best New Artist and Country Album of the Year for her critically acclaimed debut 12 Stories. CBS will air the 57th Annual GRAMMY Awards live from Los Angeles’ Staples Center on February 8, 2015. Clark has also announced that she will perform on ABC’s Good Morning America and NBC’s Late Night with Seth Meyers on January 12.

Two thousand and fourteen was a banner year for the Washington-born-and-bred artist thanks to 12 Stories, which was released in October 2013 to widespread critical acclaim. It was named Best Album of 2013 by New York Magazine (which called Clark “a brisk, vivid, witty storyteller”), NPR, The New York Post, and The Boston Globe, whose critic wrote that “in a bountiful year for female country singer-songwriters, Clark was at the head of the class, mining deep veins and yielding lyrical insights from the smallest moments in life that bind us together.” 12 Stories also appeared on year-end best-of lists in Rolling Stone, The New Yorker, and The Los Angeles Times. The latter called it “the country debut of the year.”

Last fall, Clark was nominated for two CMA Awards, for New Artist of the Year and Song of the Year, winning the latter for co-writing Kacey Musgraves’ hit “Follow Your Arrow” with Musgraves and Shane McAnally. With the win, Clark and Musgraves joined an exclusive club of only 14 women who have written a CMA Song of the Year.

Clark will hit the road with Alan Jackson on January 8 for his 25th Anniversary Tour, which wraps up in mid-May. All dates can be viewed here.