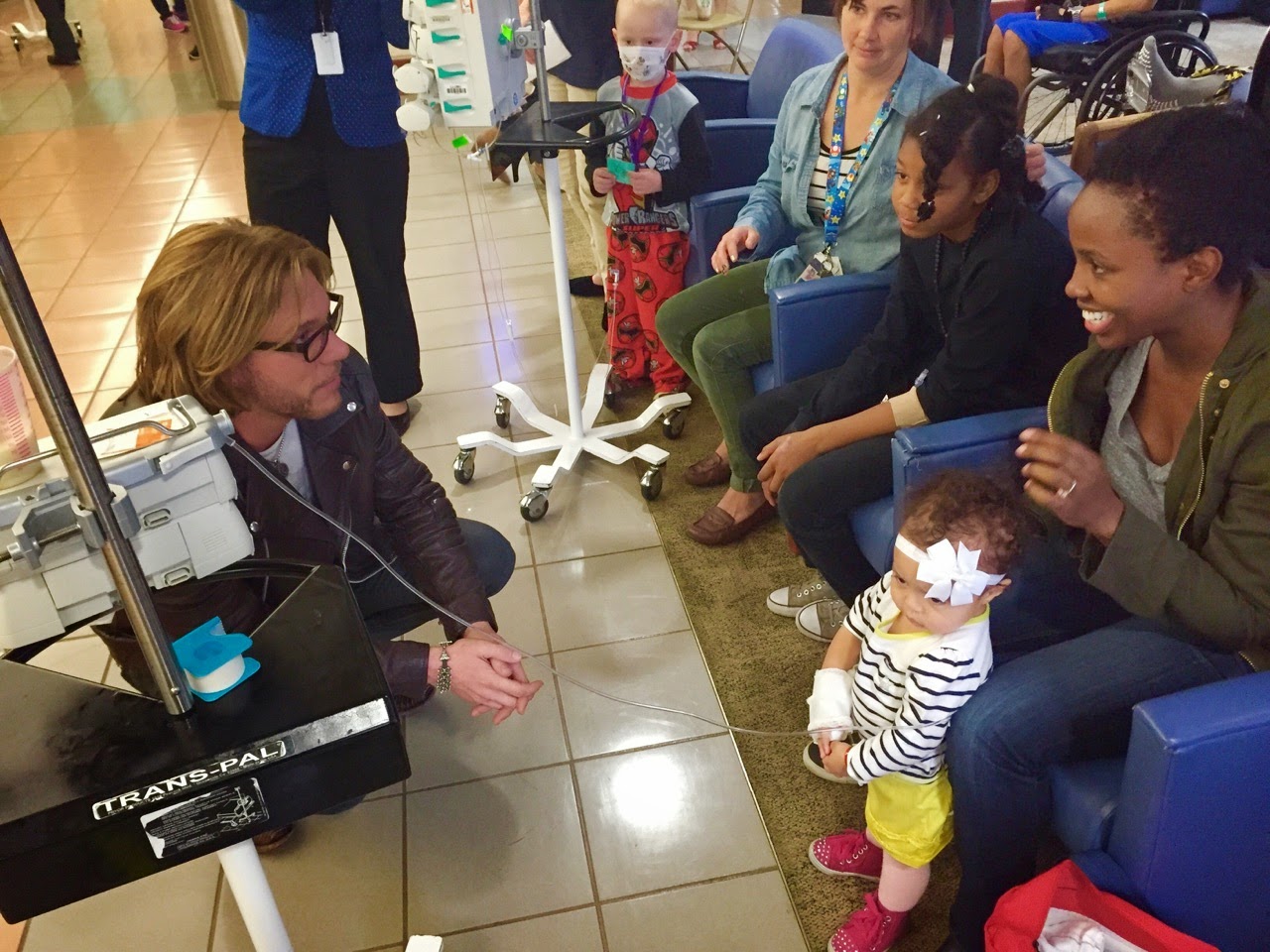 Before the Monday night show in San Bernardino, Boyd made a stop at local country station New Country K-Frog to visit with Music Director and Morning Show Host Scott Ward. When he arrived at the station, Ward suggested they take a road trip to the Loma Linda University Childrens Hospital, just outside of San Bernardino. Boyd, who is always looking for ways to give back, enthusiastically accepted the offer and off the two went to spread some cheer to sick children.

“Visiting children’s hospitals is something I have done before I ever even had a single out.” Boyd said. “This is something I've done since I was a kid. So, this is something special for me be able to come out and do something of this magnitude. And I know that music always seems to helps healing and that’s what I wanted to be able to do (here),”

To Ward, it seemed like a really good fit. The studio was 15 minutes away and Craig was in town. When Boyd rolled into the hospital, there were 40 or 50 people set up in the lobby to hear him play and among the people in the lobby were several really young patients who thoroughly enjoyed the performance because most of them don’t get to leave the hospital.

Boyd treated the audience to three songs, “Old Rugged Cross,” “My Baby’s Got A Smile On Her Face” and “I Ain’t No Quitter,” which Boyd hoped would serve as an inspiration to the children to never give up. “He took time with each them that wanted to talk or get an autograph and made sure he got to see every last one of them.” Ward said

During the post-performance meet and greet, Boyd was approached by the daughter of a woman who is in the advanced stages of cancer and too sick to come to the lobby. Although Craig was on a tight schedule because of his show in a few hours, he went upstairs to go visit with her. 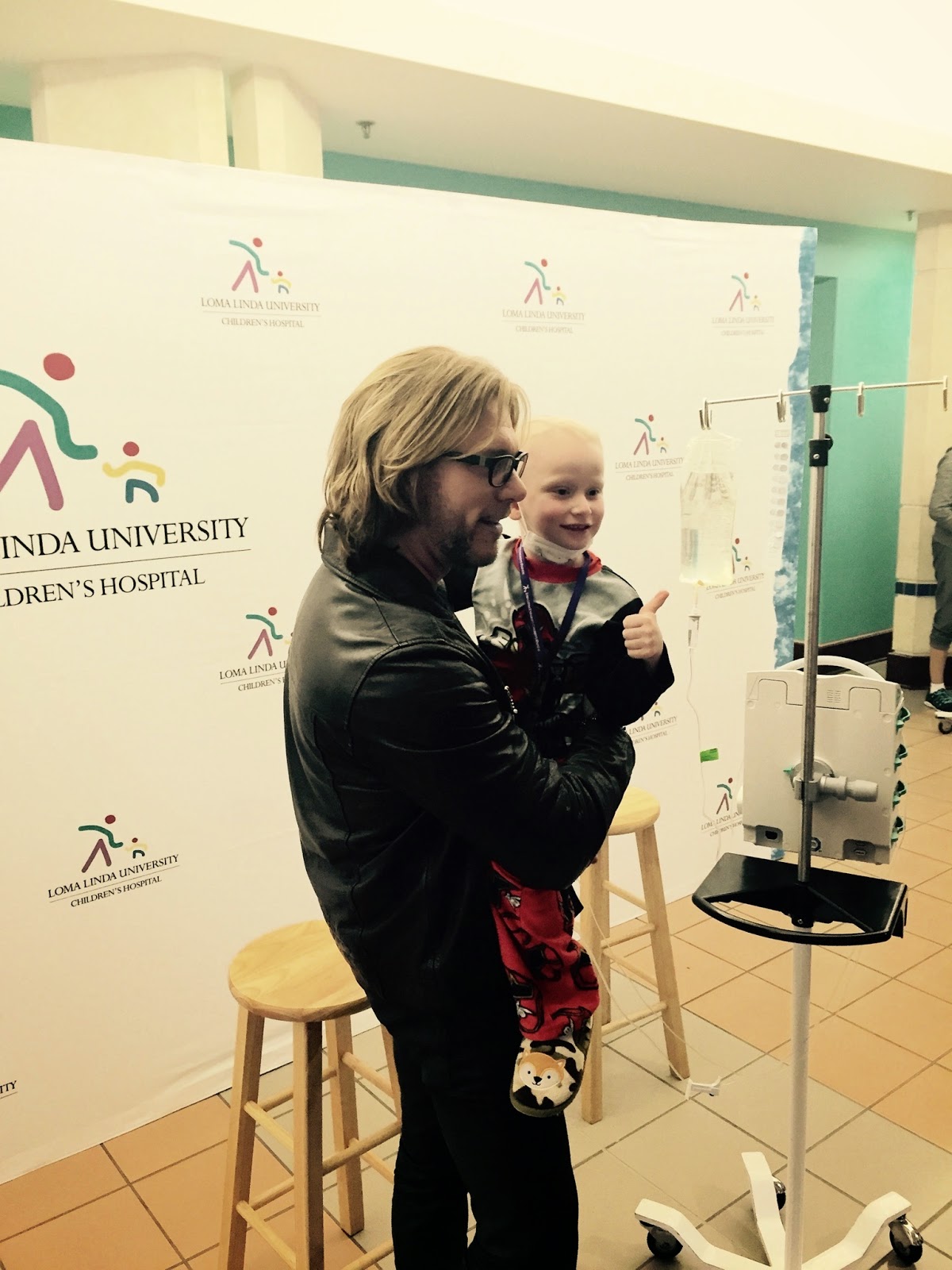 Boyd’s compassion for people struggling with cancer hits home, as he has seen members of his family and even longtime fans battle the disease over the years. Boyd recently performed at Rock for the Cure event at The Block in Ft Walton Beach, Florida and several of his fans were so moved by his dedication to help fight the disease, that they started a Fans of Craig Wayne Boyd Team to raise money for Relay for Life of Nashville, which happens in May.

Boyd’s 2015 tour is now in full swing, making its way across the coast of California, before a brief stop in Arizona and two shows at the Aliante Casino & Hotel in Las Vegas. Boyd will become a familiar fixture in Las Vegas over the next few months, having recently announced he will open for multi-platinum selling award winning mega group Rascal Flatts, during a three week residency at The Joint in the Hard Rock Café Hotel and Casino. During that time, Boyd will also perform during pre-race festivities for the 18th annual NASCAR Sprint Cup Series event at the Kobalt 400 on March 8 at Las Vegas Motor Speedway..

For the latest information on Craig Wayne Boyd, visit www.craigwayneboyd.com.
Posted by LovinLyrics at 3:00 AM